A week- seven days. That’s how long I spent in the dustbin of Jewish History that is Poland. I went there to learn about, and to see first hand, the country that housed the absolute horrors of the Holocaust, but I also went to see the places that had once housed such rich Jewish life. As such the trip focused, in my opinion, on three aspects of Jewish life in Poland: pre-war, the Holocaust years and then post-war.

Yes, there is Jewish life in Poland today – for the most part centered in Warsaw. The only shul still in use there has a small minyan, somewhere between 15 and 20 men, nothing compared to what it once held. Even though it was a little sad to look at this gorgeous shul being used by a fraction of the population it once served, there was something overwhelmingly beautiful about the shul and the people who davened there.

Since there is such a small religious Jewish community there is only one minyan. This is very different from what I’m used to living in Flatbush where everyone has the shul he davens in and the shul he doesn’t daven in. In Warsaw, not everyone participating in the minyan looked exactly the same, but they were all overjoyed to have the opportunity to daven together. The way that I saw it, the unity that they had was worth way more than being able to boast about large numbers.

We also went to visit the Jewish school in Warsaw. When the principal spoke to us, I gained such an appreciation for having grown up in a place where it is a no-brainer that I would get some sort of Jewish education. He explained that the school hasn’t been around for long and before it was established Jews living in Poland just didn’t get a Jewish education. He himself had left Poland to learn more about Judaism and eventually received smicha from Yeshiva University. He chose to return to Poland and give back to the community.

It made me think about how much I took, and continue to take, my Jewish education for granted. I never thought about what a bracha it is that I grew up with so much Torah knowledge there for my taking. Until I went to Eretz Yisrael for seminary, I never had to leave home to further my education. Now, the school there does not yet have a high school, but there is hope that as kids and adults learn more about Yiddishkeit, they will want to continue learning and seek out more of a Jewish education or at least have a Jewish foundation that will be with them for the rest of their lives.

Like the shul, the school was filled with all sorts of Jews. Unlike the shul, the school also caters to the non-Jewish community. In some cases the families of the “non-Jewish” children are actually Jews who have been keeping that fact a secret for the past 70 years, while in other cases parents send their children there because it has a good education. We visited the younger classes and even sang some Shabbos songs with them. Though we came from two different worlds the spirit of Shabbos and our Jewish roots bound us together.

It was amazing to see these youngsters who will, im yirtzeh Hashem, be the continuation of the Jewish people – in Poland of all places. Their very existence and the fact that they learn Torah is an incredible act of revenge against Hitler and the Nazis.

For obvious reasons a major part of our trip focused on the terrible years of the Holocaust. We literally traveled the country and saw monument after monument marking places where atrocities occurred. Understandably, this part of the trip was the most emotionally draining, however, it didn’t make the trip depressing. As one of the rabbanim who came with us on the trip said, the reason we go to the camps and into cattle cars and gas chambers is not to depress us, but rather to gain a proper understanding and to awaken our senses. The experience is supposed to well up our rachmanus.

I found this is be completely true. I don’t even remember the first time I was spoken to about the Holocaust, but until I saw the reality of what had been with my won eyes, it didn’t fully sink in. As I stood in the cattle car left as a memorial in Lodz, I understood how dark a menacing the cattle cars were. I finally got why people say you were lucky if you were near the window or a crack in the wall – those were the only sources of light and fresh air. I only got a taste of how cramped it must have been when our entire group piled in. During the Holocaust the same car would hold twice as many people as we were. When we sang the Ani Maamin that was composed in cattle car just like the one we were in, I got a glimpse of just how sincere the tefillah of those kedoshim were. At that moment it was so obviously clear that only Hashem could save them. 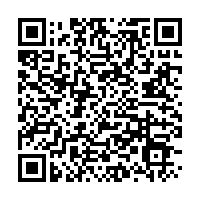