The following is a partial list of things I always knew I would never be good at:


How did I come up with this list? Simple. Math was never my favorite subject in school and I always had to work hard to earn decent grades on math tests; creative writing may have been up my alley in elementary and high school, but over the past few years I have concluded that my thinking turned way too focused for anything imaginative to be born from it; Jewish outreach is not for a person like me who grew up in a sheltered environment and who gags over all or most exposure to secular society; and playing with children, well, I’m way too intellectual to know what to do with such purely emotional beings.

I would’ve left it at that, but over the past six months my reality began to shake. It didn’t quite topple over, but I’m trying to steady it before it does.

You see, recently, I sat in on a chemistry class. As many of you know, chemistry involves math and for me math involves anxiety. But somehow, as I sat in on the class I didn’t feel anxious and I actually enjoyed the material. It was very strange. Did something suddenly turn on in my brain that made me know and like the math? Was I really good at it? And why wasn’t I feeling uptight and nervous? I tried to draw out the anxiety I always felt when in my classes of old, but then I thought better of it and decided to just let it be.

But I walked out of there in a daze.

Creative writing. Okay, I used to be good at it, but not anymore. I haven’t written a creative piece in ages – except that a few months back something possessed me to try my hand at writing a creative story, and lo and behold, it turned out pretty good. I thought I would try to earn a few bucks for it so I sent it off to a magazine for possible publication. Okay, I’ll admit that they accepted it. I wrote a few more stories since then and a few more got published, but it’s hard to imagine myself as a writer.

I mean, I’m a writer of sorts, but certainly not the creative type.

And Jewish outreach? I don’t know what to make of this, but during the summer I got a job at a kiruv school where I tutored a bunch of students. I think they learned well and they kind of liked me too, but, really, I only helped them a bit with textual stuff and tried to answer a few of their questions as best as I was able. I keep in touch with them on a fairly regular basis, but I still don’t think I’m the kiruv type. As I said, I’m too sheltered to really be comfortable with such different walks of life.

Playing with children is also something I don’t do. I would do it if I knew what to do, but I don’t know how kids think and even if I did, I wouldn’t know how to communicate with them. So, I was very surprised when a shy type of kid decided that she liked me and wanted to play with me. I mean, all I did was smile at her! I decided to try out this new experience before going back to the same old me who doesn’t know what to do with kids. I asked the little girl what she wanted to play and suggested that she get a book and that I would read it to her. She did. It was nice, but it was weird. It was hard to believe that it was me playing with this pipsqueak.

So, here I am stuck with a whole bunch of confusing scenarios that threaten to topple my identity. But I’m not the kind of person who really topples so easily and I will not allow some random aberrations to create an exception. So, to reconfirm: I am not good at math, I am not a creative writer, I will not make a good outreach professional, and I don’t know what in heaven’s name to do with children. There. Now I recognize myself. That feels a whole lot better. 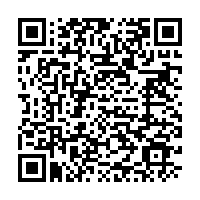