The death penalty in Judaism was seldom invoked because of the requirement for prior warning and two witnesses to the act that called for the penalty. Nevertheless, the Torah solemnly prescribes these penalties and through them one could judge the magnitude of the offense.

Death could be inﬂicted in four ways: Stoning, heat, the sword and choking, all of which were carried out only after the victim had been drugged so as to lose his senses.

Once, there lived a man who was so wicked that he was deserving of death in each of these four ways. What is even more odd is the fact that in the end he actually suffered each punishment and then was accepted into Heaven as a righteous man! Here is his story.

In the days of Bayis Sheini, following the death of Shimon HaTzaddik and the end of the Anshei Knesses HaGedolah, evil days befell Israel as the inhabitants of the land forsook the Torah and turned away from their Father in Heaven.

It was not enough that they forsook Shabbos and kashrus and all the laws dealing with the relationship of man to G-d, but they also turned away from their fellow men. Murder, theft, lack of respect for fellow human beings — especially the poor and needy — characterized the Jews.

“Let your houses be a gathering place for the wise and follow in the dust of their footsteps and drink with thirst their words in order that they may teach you the proper ways and change you from the terrible life you now lead.”

And Yosi ben Yochanan would argue with them, “Let your house be open wide and let the poor be as members of your own family.”

Alas, not only did things not improve — they grew worse. What was even more alarming was the fact that the people resented the admonition of their rabbonim. They were so decadent and degenerate that they invented false charges and accused Yosi ben Yoezer of having committed certain crimes.

Yosi ben Yoezer was sentenced to death by the court and was led out to be killed on Shabbos! A jeering mob of people followed the procession as it went through the streets of the city. The large beam that he was going to be hung from was being carried in front of him.

As Yosi ben Yoezer walked sadly to his fate, he looked about the crowd and saw amongst them, riding on a great, prancing horse, his own nephew, the son of his sister, Yakum, who rose toward him and called out in mocking laughter:

“See, dear uncle, the great pious man who always fears G-d so much, the wonderful horse that my G-d gave me and the wonderful beam of wood that the Lord gave you!”

“What do you mean?” asked Yosi.

“It is quite simple,” replied the young man. “I have gone after the dictates of my heart doing all that I wanted and caring neither for the Lord or for man. My reward for this has been that I enjoyed my life.

“You on the other hand, have followed your G- d and see where it has gotten you. Tell me what purpose it has all served you?”

Yosi ben Yoezer heard these words and looked at his nephew. In a mild voice he said: “If the Almighty acts in this manner to those who anger him…”

The nephew looked at his uncle in dismay:

“What? Do you consider yourself as one who angered the Almighty? You, who fulﬁlled all of his commandments so faithfully!”

Yosi expected the response and so he now said:

“In that case, if the Almighty behaves so toward those who fear Him and do His will, what will He do eventually to those who scorn Him?”

A sudden fear gripped Yakum as he heard these words. He began to tremble and dark thoughts ﬁlled his mind. He sat alone as the men ﬁnished building the gallows and then took Yosi to the side to await the completion. 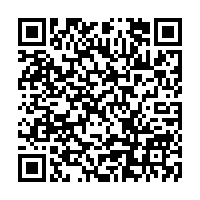