My friend’s mother died the other day. I went to the funeral, cried with the mourners, walked the traditional four cubits following the coffin to escort the dead to their resting place, as is customary at Jewish funerals, and then went over to my friend to offer my condolences. And then it was over. The guests went home, the family went to bury their loved one, and I went back to my life.

But I can’t stop thinking about my friend. I can’t shake off the sadness I feel when I think of what my friend will go through in the coming days, weeks and months, as she gets used to life without her mother. People are telling me that life will go on, there will be simchas to attend, and new life will continue to come into the world even after my friend’s mother’s passing. But I can’t accept it. I’m not looking for a justification for continuing with life, for going back to my routine and feeling happy at the good things that happen even while others are experiencing tragedy, because I’m not happy. I’m looking for understanding, since I’m suffering along with my friend, and mourning her loss along with her.


Somehow, I can’t adequately express the sadness that I’m feeling for my friend at this terribly difficult time, and so no one understands.

On my lunch break today, I was contemplating these thoughts as I wandered aimlessly down the promenade outside my school, absorbed in my sadness. I considered calling a friend to talk, but gave up that idea when I realized its futility – people somehow just don’t get it.

And then G-d spoke to me.

I was walking past Café Metro when I noticed a sparrow leaning forward with her face on the ground. I didn’t want to look at such a reminder of life’s sadness, but as I walked by, I noticed it move. The sparrow was still alive. I paused for a moment, trying to think if there was some way in which I could help this suffering creature, and then I remembered the cream cheese sandwich I was carrying in my bag, but had postponed eating since, in my current mood I had no appetite. I decided to share my sandwich with the sparrow.

Then and there, in the middle of Myrtle Promenade, I opened my sandwich, crumbled a few pieces and placed them near the sparrow. She blinked her eyes, fluttered her wings, but did not eat the crumbs. I broke off several more pieces and placed them close to her beak, since it appeared she could not move her head. I stood for a few moments, watching sadly as her body expanded and contracted with her rapid breathing. After a few moments, she lifted her head.

I stood by, watching helplessly, wishing I could do more to help this poor little sparrow, as she slowly continued to raise her head more and began to stand upright. As this was happening, a gentleman walked by and noticed the bird and me. “That your bird?” he asked. I told him, no, it wasn’t, but I saw it was hurt and I wanted to help it. He didn’t have any advice for me, other than to take it home and nurse it back to health, but I was afraid to do so, and I felt I had nothing to offer the bird medically.

The bird began fluttering her wings, trying to fly. She succeeded, and flew all of two feet to the window ledge of the café, and half walked, half flied back and forth along it. As she did so, she bumped repeatedly against the glass, opposite the feet of an afternoon patron, oblivious to the disoriented sparrow just inches away from her, separated by the café window; a few inches away, but worlds apart.

A woman walked by, and without stopping, called out “it looks like her foot is stuck there.” The bird’s foot was not stuck, but I was touched by the fact that an average paranoid New Yorker was willing to get involved to a minimal extent when she saw that others cared. At this point, the gentleman walked off, I wished him a good day, and a minute later, I walked off as well. I couldn’t watch the sparrow die. Too much sadness was going on, and I didn’t want the sparrow to add to it.

Survey Finds Delinquency, Behavioral Issues, Down in Israeli Children Who Get School Lunches 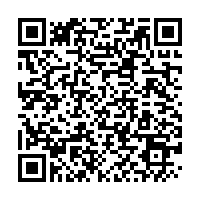