Zev Kraut of Pittsburgh, a ninth grade student at the Hillel Academy of Pittsburgh, has been named a Winner of the 2012 OU Kosher Essay Contest for grades 7-12.

What Is God Teaching Me With The Laws Of Kosher?


Since the moment God gave the Torah to the Jewish people, keeping kosher has been an essential part of the Jewish home. Accordingly, the home is an essential part of a Torah lifestyle. What goes on in the home directly affects what goes on in the rest of one’s life. The question is, why kosher? Surely, how one’s parents act, or what one sees on television, are infinitely more effective as an influence on one’s life than keeping kosher. So what is it about kosher that makes a spiritual connection with God? What is God trying to teach me with the laws of kosher?

The Ramban teaches that many of the animals that are not deemed kosher are predators. The reason the Ramban gives for one not being able to eat certain animals is so that one will not absorb the qualities of those animals. For example, a pig rolls around in the mud, which is a filthy characteristic. The Torah gives many commandments telling Jews what should not come out of their mouths. For instance: insults, mockery, slander, and curses. Additionally, keeping kosher is God’s way of telling Jews that there are also certain things that one should not absorb into them as well. Furthermore one should avoid evil influences, evil speech, and certain animals that do not meet the criteria of the character traits of a Torah observant Jew. God gave the Jewish people the Torah, and singled them out as a pure nation. Accordingly, the Jews must eat certain animals that are pure.

From where do we know that certain animals are pure and certain animals are not pure? In the Torah portion known as Noach, when Noach was commanded to put certain animals on his ark, God commanded Noach to put “pure” animals, otherwise known as kosher animals on the ark. God also commanded Noach to put “animals that are not pure” on the ark. The Talmud (Pesachim 3a) points out an oddity in the wording of this story. The Torah used an extra eight letters to voice that the animals were not pure, when instead the Torah could have written “contaminated.” According to the Talmud, the lesson the Torah is teaching, is that one must always speak with pure speech. God designed the Torah to show the Jews how to be holy and pure. The Torah is a book filled with lessons on proper conduct and how to maintain a higher spiritual level than any of the other nations of the world. As the Torah says, “…and to make you high above all nations that He has made, in praise, and in name, and in glory; and that you may be a holy people unto the Lord your God, as He has spoken.” (Devarim 26:19) There is no doubt that kosher fits into that category. When one has a pure mouth what comes out of one’s mouth reflects that. Essentially, every time one eats a bag of potato chips with an OU on it, it is a direct reminder from God to watch your mouth.

God created everything on earth with a purpose. When God created the earth He designated humans as the rulers over the land. Tehillim 115:16, states, “The heavens are the heavens of God, and the land was given to the sons of man.” For most animals we do not know their purpose on earth. Even the great King David once criticized God for creating spiders which David deemed had no purpose. In the end, the spider saved his life while he was running from King Shaul. Anyway, God designated certain animals to be given as sacrifices in the Holy Temple. For instance, cows, sheep and rams. Which means their purpose is, for whatever reason, to be slaughtered.

No need to worry for the animal though, the kosher way to slaughter an animal is the most humane. Anyone who studies the complex laws of kashrus, on how to slaughter an animal will soon realize much of it is done in order to ensure that the animal feels no pain. For instance, in order for the slaughter to be deemed kosher, the knife used for the slaughter must be smooth, free of any nicks. There is no need to be vegetarian. God created meat for us to eat. On Shabbos by eating OU Glatt Kosher meat, we are fulfilling the words of the prophet of Yeshaya who said (Yeshaya 58:13),”…call Shabbos a delight.” According to some halachic authorities, Jews have an obligation to eat meat on Shabbos and Yom Tov. According to Rabi Yehudah Ben Beseirah, in Tractate Pesachim 109a, during a time period in which the Holy Temple is standing, one is required to eat meat in order to fulfill the commandment to rejoice in a festival. 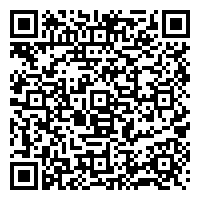