Home Magazine Archives The Other Side Of The Story (Part I)
Share on Facebook
Tweet on Twitter
(Names and situations changed)
Miriam and Judy were close. Even though their ages and lifestyles were very different, they connected. They were more than best friends and closer intertwined than mother and daughter.  Miriam was ten years older than Judy. She was married with three young children and was a well spouse.  Judy was in her mid-twenties, working and single with no family ties.  Judy spent almost every Shabbos and Yom Tov with Miriam and her family. Judy could talk to Miriam about things she could not discuss with her mother and Miriam could tell Judy things that she would give more consideration to than if she heard it from her mother. They were inseparable. Their friendship would last forever. Or so they thought.
Miriam’s story:  “I cannot begin to tell you how hurt I was by her actions. I guess I should say inactions. She knew how difficult my life was as a well spouse.  I confided in her. She knew about the loneliness and the difficulties of being a single parent, while married. Maybe that was why I was so hurt. I still can’t believe she wasn’t there for me. My husband went into the hospital again. This time it was emergency surgery. I needed someone to be here to take care of my kids and help me with the household so I could run to the hospital. I thought Judy would just step in, but she didn’t. She didn’t even offer any help or bring over some meals or offer to baby-sit.
“Maybe I should have seen it coming.  Just the other month, when it was her birthday I decided to surprise her. I casually told her she was welcome to drop by for dinner if she’d like, like I often do, but didn’t tell her the dinner was in honor of her birthday. I made her a birthday cake. My kids decorated the dining room with streamers and made signs wishing her a happy birthday. Well, she didn’t show up and I called and called. When she finally answered, she told me she forgot all about it and was going out.
I knew the kids would be so disappointed so I really pushed to have her at least come for dessert so we could surprise her. It took a lot of pushing, but she finally agreed. When she came, she seemed surprised but not terribly excited about what I had done for her and she left after 15 minutes without even a thank you. She had made plans with someone and had to go. I was really hurt.”
Judy’s story: “I am so upset that she is mad at me. We were so close. I don’t know what to do to make it better. I didn’t know she was planning a mini-celebration for my birthday. I had made other plans. If she had told me, of course I would have come over. I didn’t want to disappoint her kids. I love them.  I just didn’t know. She often tells me to drop by for dinner when I can.
“It wasn’t a specific invitation and I just forgot about it. It had been such a crazy day. But I did go over for dessert and I did appreciate the effort. But, my other friend was waiting for me and I had to go. I didn’t realize how hurt she was. And then she tells me what an ungrateful person I am, and how I didn’t help her when her husband was in the hospital. But honestly, I didn’t know she needed help. She never asked me to do anything… If she had asked me to baby-sit, I would have. I would have made dinners and kept house and done anything she wanted but I had no idea what her needs were and she didn’t tell me.
“I don’t have kids or a household or a sick husband. I just never thought that I should just step in. I assumed we were close enough that if she needed something she would ask and if she didn’t ask, I guess I just thought she was ok, and now she is so upset with me I don’t know how to make it better.”
Where did this friendship go wrong and can it get back to where it was? These two women have vastly different life styles and responsibilities. As close as they are, they do not have insights into the day-to-day needs of each other’s lives. They cannot respond to needs that they do not know exist. Both women need to realize their lives do not revolve around one another exclusively. To be that intertwined will potentially kill any relationship.  Judy, a young single woman of twenty-something needs friends that have a lifestyle similar to what she has and has common experiences.  Miriam does as well.
How to try and put this relationship back on track will be discussed next week.
You can contact me at annnovick@hotmail.com.
Advertisement 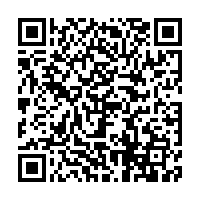