In the past, when I would interview members of well-spouse support groups the topic of suicide was one that was never discussed.   However, I always felt it was in the air, just hovering above the group and something very often hinted at in our discussions. Talk of self-neglect, of deliberately doing things detrimental to one’s health and avoiding things that were healthy, would come up repeatedly.

So, finally I asked the question. “Has anyone ever thought of suicide as a way out?” I was not surprised when many of the women admitted they had thought about it. One well spouse told me that she did think about it, “but not seriously. I would never act on it, but I do sometimes see it as my escape.” Another told the group that though the thought of killing herself frightened her, it sometimes plagued her, “taunted her and tempted her.” This is what she shared:

“I was at a friend’s house and we were sitting on her balcony. My friend lives on the 10th floor.   Suddenly, I got this overwhelming desire to just go over the edge. A voice in my head said that there was peace on the other side of the balcony. All my stress would be lifted and I would be able to rest. The desire to jump was so strong that I gripped the arms of the chair and refused to move. I finally excused myself and went inside. There the voice stopped and I felt safe. I told the story to my doctor who put me on antidepressants, gave me the number of a crisis hotline and made me promise that if I ever felt this way again, I’d call. I never called. The antidepressants worked. But sometimes, when I’m high up, the voice whispers in my ear. It’s not as strong as the first time, but it’s still there tempting me.”

And so the floodgates opened, and other well spouses began to share their horrific experiences.

“My kids were so little when my husband was diagnosed. We lived very far from family and I was all alone, without any help. I tried to help him but he had become so depressed and abusive. And then one night my son was suffering from an ear infection and woke up crying.  I went to the fridge to get his medication. I remember trying to open the childproof cap and I just couldn’t get it open. I sat down on the floor, in the corner of my kitchen, with my back against the cabinets pushing down on the cap over and over trying to get the bottle open. I started crying hysterically. I remember closing my eyes and feeling as if I was falling, very slowly, into a dark hole. It wasn’t scary. It was peaceful and relaxing and wonderful. I felt myself going deeper and deeper and I wanted to stay. I was at peace and relaxed for the first time in months. But I kept hearing my son’s cries.  As my mind sunk deeper into this dark hole, his cries became softer, but I could still hear him. I knew if I stayed in this place there was no one who would take care of him and I think that’s what saved me. I slowly, in my mind, talked my way up and back into my kitchen, back to my child, back to reality. I think if he hadn’t been crying or if I knew there would be someone there for him, I would have stayed in that peaceful place in my mind forever. Someone would have found me in the morning, sitting on my kitchen floor but not there at all; not in my mind, anyway.”

The common thread in all the stories these well spouses shared with me was that death could be seen as a release.  Death would mean the end of the pain, loneliness and hurt. And though they all assured me that it was just thoughts and no one was going to act, I still found the discussion frightening. It emphasized to me yet again how the needs of the caregiver go unnoticed, unseen by people around them, no matter how close they are.

I ask any caregiver, or anyone in a painful situation, who shares these kinds of thoughts to please mention it to your doctor. Antidepressants can help you tremendously in your ability to cope and can change how you meet your day. Get the number of a crisis hotline so you have someone to talk to, someone with the skills to help you.  And get into a support group so you are not alone. These suicidal thoughts might be fleeting, but you would be better off if they were not there at all. 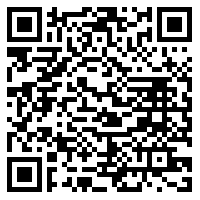