Home Sections Moses’ Spies in Art
Share on Facebook
Tweet on Twitter
Growing up, I used to enjoy reading S. Weissman’s Little Midrash Says (published 1986) and carefully studying Siegmund Forst’s illustrations of the weekly Torah portion. At the time, I had no idea how many of Forst’s drawings were derived from earlier traditions of biblical illustration (many of them Christian), but I was particularly struck by the moral readability of the narratives. It was always a cinch to figure out who was a good character and who was evil; you could read it on their faces. The heroes were always smiling widely and the villains looked ugly and angry at the world.

Unsurprisingly, this technique of revealing characters’ true colors (or their perceived characteristics) in their faces, which seems to be more of a Hellenistic than a Jewish approach, dates much further back than the 1980s. Medieval anti-Semitic illuminated manuscripts often depicted Jews with hooked noses, hunched backs and ugly faces and there are indications that ancient theatrical masks similarly exaggerated characters’ features. It makes sense to apply artistic license in instances like these, just as many movies today cast the hero in white and the villain in dark clothes.

Moses’ 12 spies, who surface in this week’s Torah portion of Sh’lach as the Israelites’ scouts to the Holy Land, can be viewed, if not as evil, then at the very least as having questionable motives (with the exception of Caleb and Joshua). Their denouncement of Canaan as “a land that consumes its inhabitants” (Numbers 13:32) and their subsequent campaign to convince the Israelites to pine for their time in Egypt led to a punishment of 40 years of wandering in the desert.

Artists have pasted the spies’ evil designs on their faces. In a late 15th-century Flemish book of hours, attributed to the so-called Master of the Prayer Book of Maximilian, the two spies, who wear pointed hats, carry a very large cluster of grapes on a rod, per Numbers 13:23. Like the verse says, it takes two spies to carry the branch and the attached cluster of grapes, though the artist neglects to depict the other fruits mentioned in the verse: pomegranates and figs.

Rather than depicting the grape cluster (no doubt evoking the spies’ intoxication with their fear of the Canaanite giants) tied to the pole, the Flemish master shows the rod slid between two branches of the cluster, held in place by gravity. The cluster is about half as tall as the spies and slightly wider than they. The spy in front wears a goofy expression while the second spy, whose face is covered by his hat (hinting at his blindness), is even more the dunce.

At the spies’ feet, and climbing up the branches around them, are several snails. Although it is possible that the artist has misinterpreted Numbers 13:33, where the spies speculate that they appeared like “grasshoppers” to the Canaanite giants, it is hard to imagine the artist confusing grasshoppers and snails, given the appearance of the word “chagav” in other contexts like 2 Chronicles 7:13, where it clearly refers to some kind of locust.

In “Image on the Edge: The Margins of Medieval Art,” Michael Camille cites a paper by Lilian Randall, titled “The Snail in Gothic Marginal Warfare” [Speculum, Vol. 37, No. 3 (Jul., 1962), pp. 358-367], which argues that snails have been viewed by scholars in a variety of ways. The 19th-century critic Champfleury saw them as “agricultural pests,” while a Flemish historian of caricature saw snails safe inside their shells as “a satire on the powerful who in their fortified castles laughed at the threat of the poor whom they exploited.” Randall goes one step further and identifies snails with the cowardice of the Lombards, a Germanic people, whom Camille notes, “not only bore the stigma of being turncoats but who, along with the Jews, were Europe’s bankers.” Not only are Moses’ spies evil on account of their immature facial expressions and dunce caps; they are also surrounded by symbols of cowardice.

In the 16th-century Swiss painter Tobias Stimmer’s woodcut “The Spies Bring Back the Cluster of Grapes from the Land of Canaan,” the spies look particular ugly and fierce, as they do in Jost Amman’s woodcut by the same name. Stimmer’s work has the notable distinction of featuring other spies, carrying backpacks, in the background.

All of the dozens of medieval prints and illuminations I studied show the spies carrying just the grapes, with the exception of the c. 1450 colored pen drawing, “Spies return from Canaan carrying a large bunch of grapes,” by the anonymous illustrator of Speculum humanae salvationis, in which the spies carry another food which resembles an acorn but is probably a fig.

Many works (like Michiel van der Borch’s 1332 “The Spies return with the grapes”) show poorly formed grapes, and many of the clusters look more like bunches of bananas. Several of the figures are visibly weighed down by the grapes, as in a 1478 woodcut, “The Spies Returning from Canaan,” perhaps a reference to Christian identification of the grapes on the rod with Jesus. If that is what Christian artists truly had in mind, it makes sense that they would have depicted the Jewish pole bearers in a negative light and often with walking sticks, evoking the Wandering Jew. (Though it is worth noting later artists like Poussin used the scene to depict a secular theme – autumn – rather than a sacred one. Richard McBee has written brilliantly on this image in “Poussin’s Bible,” The Jewish Press, April 30, 2008.)

One of the earliest possible depictions of the scene is a frieze in the west façade at the Gothic Cathedral of St. Etienne (c. 1270-1280, France), which shows spies in a vineyard, perhaps Moses’ spies, as two appear to carry a basket of grapes between them. But the scene has often been confused or mislabeled, as in a gothic stained glass “redemption window” from an early 13th-century church (with 20th century restoration) in Canterbury, Kent, which shows two spies with grapes mistitled “Joshua’s Spies in Canaan (the Grapes of Eschol).”

John Bradford. “Return of the Spies.”

Contemporary depictions of the spies, of which works by Archie Rand, John Bradford and Richard McBee are foremost – although there is a miniature rendition of the spies in the bottom right corner of Chagall’s tapestry “The Entry into Jerusalem,” 1963-1964 – show a very different scene.

Rand’s work, which has one of the spies say (via cartoon bubble), “We got to the land you sent us to. And yea, it’s really flowing with milk and honey – you can see from the fruit,” is compositionally similar (if flipped 180 degrees) to Pieter Bruegel’s “The Hunters in the Snow.” The Canaan Rand’s figures emerge from is rendered with bold strokes and a colorful palette, as the spies head down toward a more dreary place. Their sin seems to stem from inability to explain a world of dramatic aesthetics to denizens of the desert doldrums.

Bradford’s spies, like Moses and the rest of the Israelites, are nearly indistinguishable from the landscape and it is difficult to identify where walking sticks end and trees begin. If their sin was speaking ill of the land of Canaan, they were spreading lies about themselves as well, so embedded are they in the landscape.

But if Rand and Bradford focus more on the landscape that surrounds the figures, as Poussin does but in sharp contrast to the medieval depictions which portrayed the figures alone, McBee focuses on the spies making their pitch to the Israelites. One can see sheer terror on the faces of the spies’ audience members, who fear for their lives and their families’ safety. Where many of his predecessors focused on the spies’ psychology and immorality, McBee is far more interested in the bystanders who receive their dark message. In so doing, McBee has broadened the scope from the Classical (and individualized) heroes and villains to the larger mass of people, which of course, includes us all as well. 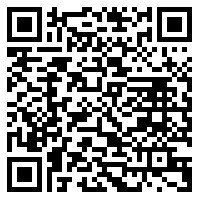