Look someone in the eye, and you immediately begin a narrative. Photograph them while they are looking at the camera, and a cascade of narratives are launched. That is the nature of our visual selves, one of the strongest desires of the human being, the passion to connect. Zion Ozeri’s photography is responsible for a flood of narration arriving from the four corners of the Jewish universe. His camera and his vision reach out to our brethren, isolated and impoverished in more ways than one and begins a conversation. One wonders if we, his audience, will be able to respond.

Each conversation must have at least two participants, and their mutual interaction begins to create a narrative, a story of that encounter. In these photographs only one side of the conversation is seen, therefore part of that narrative is stillborn. Nonetheless, the visual presence of his subjects evokes a deep historical narrative, pushing back into the viscera of their lives. Zion Ozeri opens up the narrative of the Bukharan Jewish experience in Bukharan Odyssey, currently on view at the Museum of Jewish Heritage, A Living Memorial to the Holocaust. Each person’s story seems to rest on an ancient history.

The “Family Fergana” resides in Uzbekistan and their rural existence appears hard; the pitchfork on the left has such weight that it visually balances father, wife and daughter. They look directly at us, three aspects of their familial life. The father’s firm grasp of the tool-handle anchors the women in his family. His tradition is affirmed by the large woven kippah, even as his wife’s modern silk print proclaims a woman of the contemporary world. Their daughter links her parents; her modest and yet open features look to a future she can hardly imagine. Perhaps the most surprising aspect of this photograph is the light that leaks through the slats above the doorway. On the right, the head of a lamb behind a wire enclosure finally convinces us that their portrait has been taken in the family barn.

Bukharan Jews have an ancient narrative, claiming that they arrived in Central Asia just after the Babylonian exile. The Babylonian Talmud (Avodah Zarah 31b) mentions the existence of a town called Margwan, now know as Margiana, located in a fertile delta region in Turkmenistan, only 200 miles southwest of Bukhara. Muslim sources in the 8th century refer to Jews in this region perhaps because the Jews were the only people of this area that did not accept conversion to Islam. While a Jewish presence has been specifically documented in Bukhara in the 13th century, only in the 16th century did it become a center of Jewish life in Central Asia. Soon a Jewish quarter was imposed, forbidding Jews to live elsewhere.

Due to regional geopolitical strife, the Bukharan Jews were cut off from the rest of world Jewry in the 18th Century and soon after, Islamic efforts of forced conversion deeply disrupted the Jewish community. The conquest of the area by the Russian Empire in the mid-19th century briefly improved living conditions but continued oppression and discrimination hastened a further decline. The Russian Revolution in 1917 heralded more restrictions, this time based on Jewish participation in former “exploitations” of the working class. As part of the Soviet suppression of all religion, most synagogues were shut down in the 1930’s and while many Jews steadfastly maintained traditional observances of circumcision, marriage and burial, other aspects of Jewish life such as Shabbos and kashruth were deeply eroded. The 20th century narrative of Bukharan Jews has been fractured, difficult and finally dominated by emigration away from their homeland to the United States and Israel. Ozeri documents those who remain.

Marriage in all Jewish communities is an ecstatic occasion, marking the beginning of Jewish lives that we hope will flourish and create even more life, guaranteeing a future from the union of two Jewish neshamas. “Young Bride, Karmana, Uzbekistan” reveals another aspect of marriage. The pure practicality of this scene is overwhelming. This young woman peers out at us from her material universe of pots, pans and utensils. She leans on the family stove clad in a delicate floral robe and woolen socks. An open milk urn is the center of her collection of vessels as she smiles at us, finally happy to be a vessel of Jewish life. Ozeri could have photographed her anywhere; in a bedroom, a living room or outside. His choice of the kitchen and placement of her in the composition begins telling the narrative of her life to us.

While many of Ozeri’s images in this exhibition are simply documents of Bukharan Jewish life, the poetry we find in some of his photographs is linked to a concentration on one or two individuals, almost always confronting the photographer. It is here that Ozeri moves from document to narrative, from skill to poetry. “The Musician” is at first a straightforward enough image of an older man in knit kippah, proudly holding a traditional stringed instrument, the tanbur. His serious expression reflects the gesture of presentation, as if by showing us the instrument we will somehow hear it. But Ozeri pushes further by capturing an abstract pattern on a wall behind his subject. It takes up half the image and the horizontal and vertical lines, thick and thin seem… well… musical. Reminiscent of the rigging of a ship or a very modern musical notation, this design of shadows echoes the old man’s music.

Quite another kind of music is summoned in the photograph, “In the Yard, Margelan.” It is an image of a woman standing in a cow barn with a thick cattle prod. Her son clasps her side, shyly averting the photographer’s stare. She too seems preoccupied, glancing down. She is an absolute stanchion of stability, providing sustenance for the family. And yet is this really the ultimate source of a Bukharan Jew’s livelihood? No, indeed traditionally Bukharan Jews thrived in the fabric industry, especially in the dying of cloths. Earlier in the 20th century they were limited to hairdressing, shoe repairing and petty trades. More recently they entered the professions as doctors, teachers and engineers. But farmers… no this image represents a stunning reversal of cultural status, a defeat well worth serious contemplation. This is no song, but a dirge.

Yet this exhibition is no dirge. It is filled with hope and an appreciation of the life of the Bukharan Jews, exemplified by a portrait of a “Nursing Mother.” She sits alongside her child’s crib, rather surprised by the photographer’s intrusion. She stares at us, centered in the bottom half of the image, determined to provide sustenance to her child. Most tellingly in the dim background, we see the walls of her room covered with pictures, indistinct and yet definitely images. She is feeding the future of the Jewish presence in Central Asia and has as a support, literally a background, a pictorial inheritance to pass on.

Indeed, each one of these Ozeri images narrates a history past and present. It starts us on a conversation with fellow Jews struggling to maintain themselves as Jews in a frighteningly alien land that is still their traditional home since the Second Temple. What are we to make of this determination, this fierce faith? Can we learn from it? It depends upon whether we take up the conversation Ozeri has begun. 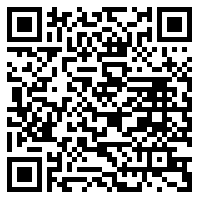