JERUSALEM – Israel’s Sephardic Chief Rabbi Shlomo Amar took the time last week to speak with The Jewish Press at his home in Jerusalem. As members of his family buzzed about in preparation for the wedding of a daughter just a few days away, Rabbi Amar outlined his views on some of the burning issues facing Israel and world Jewry today.

Rabbi Amar spoke about the assimilation that is plaguing every country where Jews live, and how the Israeli Law of Return, which recognizes non-halachic conversions, accelerates the rate of assimilation.

Rabbi Amar said that over the course of time he and Sharon had developed a close relationship, and that in their meeting two weeks ago the prime minister voiced his concern about the rate of assimilation throughout the Jewish world.

“The prime minister looked weak but spoke very clearly and firmly about the assimilation phenomenon, calling it ‘the biggest blow of our generation,’ Rabbi Amar said. “[Sharon] asked me why Jewish leaders and heads of communities have not taken emergency measures to eradicate the assimilation plague.

” ‘I don’t understand why they are silent and no one is doing anything about it. How can one remain complacent to such a plague?’ Sharon asked me.”

Rabbi Amar said he asked the prime minister to be honest and give him his true and clear-cut opinion on the conversion issue. “He told me very emphatically and in no uncertain terms that he favors only giur k’halacha (conversion according to Jewish Law).

Rabbi Amar told me about what happened during a meeting of government ministers last year.

“I had come to discuss with the prime minister and the ministers what the government’s response would be to an appeal in the Supreme Court by members of the Reform movement to force the government to recognize Reform conversions performed in Israel.

“Participating in this meeting besides myself were the prime minister, former [Shinui] ministers [Tomy] Lapid, [Avraham] Poraz and [Yossef] Paritzki, the former head of the Jewish Agency, the attorney general and others.

“Unfortunately most of the speakers were in favor of recognizing Reform conversions. Then Sharon gave me the floor. I spoke very emotionally and told them: ‘Gentlemen, do you think we are discussing another ordinary law that will solve a problem? We are discussing the future of the Jewish people! Do you want to split the Jewish people into two nations? Do you want to tear the nation apart?’

“Prime Minister Sharon spoke after me and summed up the discussion. He spoke against the majority at the meeting and declared that the government’s response to the appeal by the Reform members would be that conversions are valid only if performed according to halacha and would be implemented only by recognized rabbinical courts.

“I, however, knew that the Supreme Court would act as it has done until now and would reject the government’s response; therefore, I asked the prime minister to change the Law of Return once and for all to read that conversions will be recognized only if performed according to Jewish Law. The prime minister smiled and said ‘I understand your concern but in the present political constellation I don’t see that we would be able to pass such a law.’

“When I met Sharon two weeks ago I raised the issue again and he promised me that in his new party, Kadima, he would [seek to] preserve the Jewish character of Eretz Israel.”

Rabbi Amar mentioned that at present there are seven additional appeals by Reform members in the Supreme Court to recognize their conversions.

“In their recent ruling the Supreme Court had already hinted what their position is on this issue. If one examines their rulings on this matter he will find that since the appeal by the Reform movement to the Supreme Court during the days that Rabbi Yitzchok Peretz was interior minister (in the mid 1980’s) until today’s appeal, the Supreme Court justices are consistently advancing, stage by stage, to recognize non-halachic conversions too.

“I alerted a senior member in the Attorney General’s office and he told me that the only solution to the problem is to change the Law of Return by adding the word k̓halacha.”

“In my speech to the Sixth General Assembly of the Orthodox Leadership that was held in Jerusalem in December, I warned that the Supreme Court is doing everything possible to legitimize Reform conversions and it appears they will not cease until they have succeeded.”

Rabbi Amar said the matter would be discussed at the next board meeting. “I am sure we will find a way to deal with the matter appropriately,” he said. 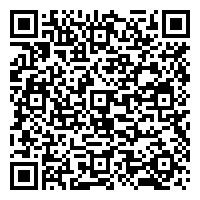