With reports that this holiday season’s sales are expected to match those of 2002, online businesses are making a major attempt to compete and gain your business. This permits the average consumer to get a great deal on Chanukah gifts from the comfort of his or her home.

Are You Protected With More Security Software?


Today, every computer on the web should be running some sort of anti-virus (AV) software. Some people have gone through the trouble of installing one AV engine after another to protect themselves. While it may sound like a good idea that more engines equal more security, this is not true!

According to some experts, almost every AV engine has some type of flaw by running multiple engines. This problem can be compounded by having different engines with different security risks “protecting” your computer. In effect, you end up making yourself more vulnerable than protecting yourself.

Will The Internet Be In Trouble Within Two Years?

Yes, if companies do not invest in updating their infrastructures. Thanks to the demand for speed and websites like YouTube, Internet traffic is growing rapidly. In the event that companies do not make the required changes, the United States can suffer the most from this. An estimated $137 billion is needed by backbone providers to fix this problem. That is more than double what is currently being spent.

In October, Google gained another 1.5% of the search engine market. This brings Google’s overall share to 58.5%. This increase came at the expense of Yahoo’s and Microsoft’s shares of the market.

France Toughening Up On Online Pirating:

Are you thinking of pirating copyright material online in France?

This is both illegal and not a good idea anywhere – especially in France. That country will be boldly fighting piracy on the web. With new legislation, people who continue pirating copyrighted material can have their web access withdrawn. 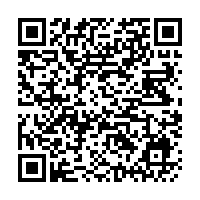