Facebook wants to be on your counter. Last week, the social media giant unveiled the Portal and Portal Plus – two video-calling, smart speaker devices. It’s a pretty bold move for a company plagued with data security breaches and struggling to regain its users’ confidence.

You can think of the two Portals as video tablets using Facebook Messenger. Aside from making video calls, the Portals can display photos and play music and videos. They can also do anything Alexa – Amazon Echo’s voice assistant – can do. That’s because Facebook integrated Alexa into the Portal.


The Portal already has stiff competition from Google Home and Amazon Echo, although its video-calling technology gives it a unique twist to help differentiate it from other smart speaker devices. The main difference between the Portal and the Portal Plus is the size. The larger model – the Portal Plus – also comes with a better camera and stronger audio capabilities. Both are hands-free devices.

The Portal is powered by artificial intelligence, specifically Smart Camera and Smart Sound technology. The Smart Camera tracks body movement and follows the user around the room. It is able to identify multiple people in a room and – thanks to its wide-range camera – fit them all onto the Portal’s screen.

The Smart Sound minimizes background noise and employs voice enhancements. Essentially, Facebook is attempting to create an augmented reality experience so that users feel like they are hanging out in the same room as the individuals on the other end of the video chat. The Portal has a camera cover and an option to deactivate the video and sound recording.

The Portal also functions as a smart speaker, so users can order paper towels and ask for weather reports – just as they would do with any other smart speaker device. It supports apps such as Spotify, Pandora, and iHeartRadio for music and the Food Network, Newsy and, of course, Facebook Watch for videos. It doesn’t run ads, although the apps might.

The real question is if there will be a big enough of a demand for the two Portals considering the privacy concerns people have with Facebook. Facebook executives have attempted to ease these concerns by unequivocally stating that the company won’t listen to or store the contents of Portal or Portal Plus conversations. They note that calls are also encrypted, and Smart Camera and Smart Sound technology run locally – not on Facebook servers. Facebook also says it doesn’t use facial recognition software. But will these promises be enough to reassure jittery users?

If they are willing to look past Facebook’s security concerns, Facebook will have a unique opportunity with the Portal to leverage – and monetize – its Messenger base. But it’s not the first time Facebook has dabbled in the hardware market. Previous attempts, such as Facebook’s 2013 HTC First phone, met with little success.

Tech powerhouses with software and hardware products have a distinct, and almost unparalleled, advantage in today’s competitive market – but will Facebook’s users be willing to trust the tech giant enough to allow the Portal into their homes? 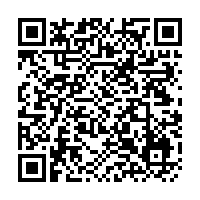