Frolicking outside or playing indoor imaginative games has been replaced by screen time for many children. But how much screen time is too much?

The American Academy of Pediatrics recommends that children between the ages of 2-5 spend less than 60 minutes a day before a screen. For older children, meanwhile, “consistent limits” on screen time should be imposed and sleep and physical activity should be prioritized, it says.


And yet, the majority of children in the U.S. spend more than two hours a day before a screen. Does too much screen time affect children negatively?

It’s a difficult question to answer since we don’t have an abundance of long-term studies on the topic. Here, though, are the results of a few recent studies:

Candice Odgers, professor of psychological science at the University Of California, and several of her colleagues, analyzed the screen behavior of 400 children between the ages of 10-14 and found no connection between the amount of time spent in front of a screen and negative mental health. (The study was published in Clinical Psychological Science in August of this year.)

Others studies, however, have yielded different results. The Lancet Child and Adolescent Health Study, led by Jeremy J. Walsh, investigated what affect screen time, sleep, and physical activity has on the cognitive functions of children. It found that participants who slept 9-11 hours, engaged in at least 60 minutes of physical activity, and spent less than two hours before a screen a day outperformed other participants on cognition tests. (A variety of cognitive functions were tested such as memory, attention, vocabulary, and processing speed.)

Subsequent studies, such as those conducted by the researchers at the University of Alberta and the CHEO Research Institute in Ottawa, came up with similar results. Researchers at the University of Alberta found that five-year-olds who spent more than two hours a day before a screen were linked to clinically-significant behavioral problems. When compared with children who spent less than 30 minutes a day before a screen, they were five times more likely to be inattentive, act out, act hyperactively, and be oppositional.

Researchers at the CHEO Research Institute in Ottawa found that children who exceeded the recommended screen time and did not get enough sleep were more likely to act impulsively and make poor decisions.

Another study, published by JAMA Pediatrics in early 2019, followed the screen usage of 2,441 children from birth until age five and found that early exposure to a screen can negatively impact a child’s development. The study established a direct link between screen time at ages 2-3 and developmental milestones at ages 3-5. Those with higher screen time exposure performed poorer on developmental tests relating to communication, motor growth, problem solving, and social skills.

In other words, we seem to be discovering that, while what is being watched is obviously incredibly significant, the very fact that a young child is staring at a screen for a prolonged period of time is in and of itself problematic.

Not all studies agree and more research needs to be done. So if your child does watch excessively, don’t be too hard on yourself. These are the studies of today. We don’t know what the studies of tomorrow will bring. 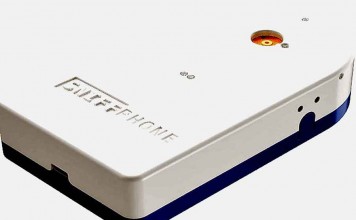