Demand for Electric Vehicles (EVs) has been steadily rising over the last few years, and traditional automakers are investing tens of millions of dollars into “green vehicles.” Honda, for example, recently announced that it’s aiming to produce EVs exclusively by 2040, and GM expects to turn its entire fleet electric by 2035.

New names, such as Byton, Lordstown and Rivian, have jumped into the EV market. Meanwhile, Tesla, the EV automaker founded by Elon Musk, has been dominating the news cycle lately.


For those looking for a new vehicle and wondering if an EV is right for them, here are some things to consider:

Different kinds of EV models: EVs include the Tesla Model S and Porsche Taycan – which can be categorized as luxury vehicles – as well as more economical models like the Chevrolet Bolt and the Mini Cooper SE.

EVs generally fall under two categories: Plug-in Hybrids and Pure Electric Vehicles. Plug-in Hybrids are vehicles that run on a combination of gas and electricity. Most have a 25-45 mile electric range, after which the vehicle automatically switches to gas (and typically informs the driver that it’s doing so).

Plug-in Hybrids can be a good choice for those who drive locally and also take road trips and don’t want to have to worry about searching for charging stations on the road.

Price: EVs are usually more expensive than gas vehicles. That said, fuel and/or charging costs tend to be lower. A variety of incentives are also available to make the purchase of EVs more affordable.

For example, the U.S. federal government, as well as some state governments, offer tax credits for people who buy specific EV models. Some companies, such as Bank of America and Google, reward employees who drive greener cars with various perks.

There are non-economic benefits, too. For example, certain states allow EV drivers to use HOV lanes even with just one person in the car.

Charging: EVs can be charged at night in a house garage using a regular 120-volt power outlet. While using this kind of outlet is convenient for most owners, it’s important to note that EVs only charge a few miles per hour in regular power outlets. Then again, many Americans don’t drive more than 40 miles a day, so charging a car overnight using an outlet that’s already in the garage might be sufficient.

The other option is to purchase a special 240-volt power outlet, which enables the owner to ramp up the number of miles charged per hour (closer to 25-40). Utility companies often offer discounts or free installation for the 240-volt power outlet in a bid to encourage people to buy EVs.

Be aware that different public charging stations have different charging speeds. Some, like DC Fast Charging, can completely charge an EV over a short lunch break, although it’ll cost 29 cents per minute. Weather can also affect how long a charge lasts.

Batteries: EVs use lithium-ion batteries to store energy. As with all batteries, they degrade over time. For those purchasing a new EV, this may not be an issue. However, it’s something to take into consideration if you’re looking to buy a much older EV model. 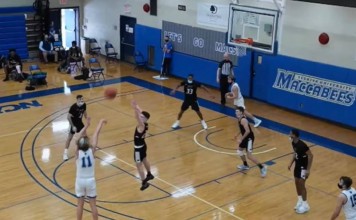 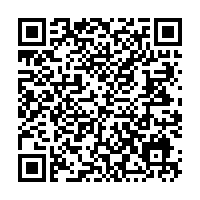