Roomba launched in 2002. Home robots have come a long way since then. Recent Roomba models feature voice activation via Amazon Alexa and Google. Their internal systems memorize house layouts, taking into consideration which rooms are dirtiest, and even plug themselves in to recharge.

Here are eight of the newest and most useful home robots:


Grillbot: As summer arrives, cooking by the stovetop morphs into outdoor dinners by the grill. While grilling might be enjoyable for some, cleaning a grill most certainly is not.

Grillbot is a robot specifically designed to clean grills. It scrubs and scrapes with wire brushes. Grillbot is available in red and black.

Rokubot: Rokubot was created to clean beds. The robot uses an automatic sensor system to sanitize beds, including pillows, mattresses, and the areas below and above the sheets.

The entire process takes just minutes, and its UV-C light and ultrasonic wave technology kills 99.9 percent of bacteria, germs, and mites. Since it’s small enough to easily pack into a suitcase, some people are opting to bring Rokubot on vacation with them to disinfect hotel beds.

Rokubot also has a handheld mode to sanitize devices. It doubles as a wireless phone charger and a Bluetooth music-playing speaker.

Worx Landroid: Worx Landroid is a robot lawn mower. It suggests a schedule to trim the lawn based on the lawn size.

Worx Landroid is not as loud as traditional lawn mowers. Rain sensors send it for cover – back to its charging station – when the weather turns wet. Security features are programmed into the system, such as a pin number to start the “lawn mower” and mobile alerts if the robot strays from the yard.

Worx Landroid has the added benefit of automatically returning to its charging station when its battery is running low.

Appbot Riley: One of the biggest problems with home security systems is that they typically don’t provide a view of the entire house. Riley is a home protection robot. Using Wi-Fi, Riley travels around the house using a night-vision camera and motion detectors searching for suspicious activity.

Riley sends alerts to the contact provided with the information it detects. It also has a built-in microphone so owners can listen in on their home or check in with whoever is home.

Walabot HOME: Walabot HOME detects falls without a camera invading a senior’s privacy and without requiring the use of a wearable device. A robot, Walabot uses radio frequency to determine if someone in a room has fallen. Then, it automatically contacts the caregiver.

Many elderly people are opting to continue living at home instead of moving to senior residences. Most fall protection devices on the market involve security cameras or require the senior to either wear a device or press a button to alert a caregiver. But many elderly people don’t want to wear a device around their wrist or are uncomfortable having cameras in their homes. Hence the attraction of Walabot HOME.

BOOCO emo: Popular in Japan, BOOCO emo is designed for parents who want to be in touch with their children but are uncomfortable giving them a phone. The device looks like a little pet robot. Children talk to the robot, which then sends a text or a voice message to the parent’s phone with the message.

Parents can send a message from their phone to the pet robot too, and it will be delivered to their children.

Samsung Bot Handy: Although it isn’t available for purchase yet, Samsung is marketing the Bot Handy as an extra hand around the house. The Bot Handy promises to complete all sorts of tasks, such as loading dishwashers, doing the laundry, and even pouring a glass of wine using its robot hand. 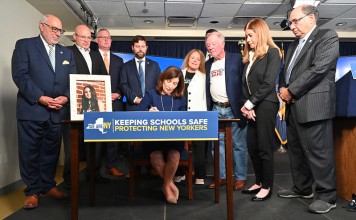 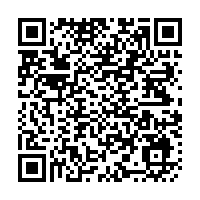