According to a 2017 study by the University of Wisconsin and the American Medical Association, primary care physicians spend approximately six hours a day entering medical reports onto electronic health record (EHR) systems. That’s six hours that could be used to diagnose and treat patients.

Wishing to fix this unfortunate state of affairs, Amazon has just released a tool to help doctors transcribe patient conversations; that in turn will make it much easier to later enter relevant information to patients’ medical records. Amazon Transcribe Medical uses deep learning software that, if applied correctly, would leave doctors more time to speak to patients, resulting in better patient care.


Amazon claims Amazon Transcribe Medical can understand medical jargon, thereby allowing doctors to speak using terminology usually reserved for patient notes. It also self-punctuates, so doctors won’t have to say “comma” or “period” at the end of a clause or sentence.

Doctors can use Amazon Transcribe Medical with Comprehend Medical, another Amazon medical tool that has the ability to read unstructured medical texts and enables health care professionals to automatically pull whatever information they deem relevant. (In addition to Comprehend Medical, Amazon is also behind Amazon Care, a service that facilitates virtual doctor consultations and in-home follow-up visits for Amazon employees.)

Despite the potential of Amazon Medical Transcribe, there are some concerns. Amazon claims Amazon Transcribe Medical is fully compliant with the Health Insurance Portability and Accountability Act (HIPPA), but some fear that patients’ privacy isn’t completely protected.

Another concern is accuracy. Although Amazon claims that Amazon Transcribe Medical is extremely accurate, even a slight error in transcription can result in improper – even harmful – treatment. For example, the words “hyper” and “hypo” sound similar but carry very different meanings. What if Amazon Medical Transcribe confuses one for the other and hears hyperthyroidism, for example, when the doctor said hypothyroidism? If such a mistake is made, the patient will receive the wrong treatment.

Amazon Transcribe Medical is one of many AI products geared towards healthcare professionals. As of late, the medical industry has seen an influx of such products designed to make it more effective, efficient, and accurate, and technology companies are competing for a piece of this trillion-dollar industry. Some medical AI programs that have begun to make a mark include:

* BioXcel Therapeutics, which uses AI to identify and develop new medicines and to find new uses for existing medication in the fields of immuno-oncology and neuroscience; and

* Freenone, which deploys AI at general patient screenings to detect cancer at its earliest stages. It is also used in subsequent treatments for early-cancer patients.

We have yet to see how fast (or if) doctors will adopt Amazon Transcribe Medical. However, the fact that so much time and money is being poured into medical AI from large companies (and that these companies have so much money to spend on these projects) is a positive sign for the healthcare industry as a whole. 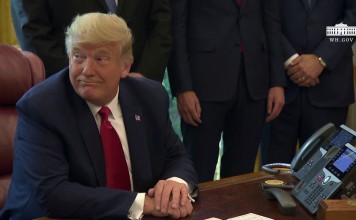