Aleph Farms is using technology to fight world hunger and animal cruelty as well as provide healthier and more sustainable proteins for human consumption. I recently spoke to Didier Toubia, co-founder and CEO of Aleph Farms, to learn more. Toubia is a biologist and food engineer with a Master’s in engineering and an executive MBA.

Bracha: Why did you start Aleph Farms?


Toubia: I was looking to make a positive impact, and I came to the conclusion that the food system was facing many critical challenges, specifically in terms of health, sustainability, ethics, and waste.

Imagine the same meat – same experience, same taste – but without killing animals, without antibiotics, and without contaminants or foodborne illnesses. In addition, slaughter-free meat only uses a fraction of the water and ground used to farm animals to produce conventional meat. This enables us to free resources for growing more food and feeding the growing world population.

We also avoid all the animal welfare issues associated with intensive farming practices and factory farming, as we produce meat without harming any animals. Today 50-60 million animals are slaughtered every year to feed the world, and that number is growing.

Can you walk us through the bio-chemical and technological process of creating cell-grown meat?

Aleph’s technology relies on a natural process occurring in cows – as in humans – to regenerate and build muscle tissue. Aleph Farms found a way to isolate the cells responsible for that process and grow them in the same conditions as inside the cow to form the same muscle tissue, which is meat.

It will be grown in bio-farms: large and clean facilities with tanks similar to a dairy facility. We can compare cultured meat to hydroponic fruits and vegetables: same seed, same end-product, improved growing process.

Are there any disadvantages to cell-grown meat?

Aleph Farms has already demonstrated its ability to grow together various cell types making a beef cut, and to ensure they form a 3D texture similar to meat. The difficulty is mimicking the same conditions inside the cow for those cells to form the same tissue as they would on the inside.

Yes, we are making sure Aleph’s meat will meet or exceed the nutritional value of conventional meat.

Does cell-grown meat really taste like regular meat? Does it have the same texture?

Yes. When you cook Aleph steak, the aroma, smell and texture is almost identical to cow steak and it takes only a few minutes to cook.

Is your meat fleishig or parve?

Many rabbanim and poskim are learning the subject. There is no consensus yet on our meat being parve or felishig.

I’m assuming there are very strict guidelines you must follow to produce cultured meat.

The technology we use has been developed together with the Technion and Professor Levenberg, dean of the faculty of biomedical engineering. She has been working on those technologies for the past 20 years at MIT and then at the Technion.

Do you think cell-grown meat will eventually replace and replicate all types of meats?

Aleph Farms is focusing first on beef meat because cattle is the most pressing environmental issue. From there, we’ll expand quickly to other mammalian meat, like lamb. Then, we’ll adapt our technology platform to poultry and fish.

I don’t think we can replace everything, but we’ll be a significant part of the solution.

Will this meat be more expensive or less expensive than regular meat?

We expect the first products to be slightly more expensive than conventional meat, but our aim is to get the price range to parity within a few years from launch. Let’s put everything into perspective. The first cell-grown burger, in 2013, cost $300,000. The current cost of our minute steak is $50, and it will continue to come down as the production process moves from the lab to a scalable commercial facility.

When can we expect to be able to see this meat in supermarkets and restaurants?

We will start building bio-farms toward a limited launch within 3-4 years. 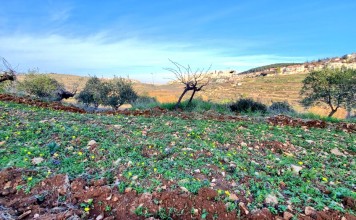 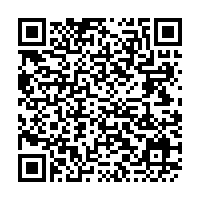