Samsung lovers, get ready! The new Samsung S20 lineup – Galaxy S20, Galaxy S20+, and Galaxy S20 Ultra – hits stores this Friday. If you’ve been waiting to get a new Samsung smartphone but are not sure which one best fits your needs, have no fear. We’ll break it down for you here.

Galaxy S20: The 6.2-inch S20 is the smallest in the lineup. It boasts four camera lenses – three in the back and one in the front. The camera has larger sensors than previous Galaxy versions, so you can expect sharper and brighter images – similar to those of a 64-megapixel camera.

The S20 also comes with a powerful 30x zoom, as well as what Samsung claims are zoom capabilities of at least 10x without the picture quality being compromised. The camera can also shoot 8K ultra-high definition movies and “single take” – which captures 10-second videos of a particular moment and picks the best one to be “your picture.”

Galaxy S20+: The 6.7-inch S20+ is significantly larger than the S20. As a more sophisticated Galaxy model, it has a camera similar to that of the S20, with the addition of a 3D depth lens for AR applications. It also comes with similar zoom, video, and “single take” capabilities.

The Galaxy S20 lineup is equipped with batteries that are 10 percent larger than the size previous Galaxy versions required, so you can use your phone for longer periods of time between charges. The new Galaxy phones also come with default 5G capabilities.

Samsung has also integrated some new and notable features into its Galaxy lineup, many of which are thanks to Samsung’s deepening partnerships with Google, Microsoft, and Spotify. These features include:

* Google Duo, a video-calling app integrated into the dialer of Galaxy S20 smartphones, which enables you to start a video chat in the same way you would a regular phone call;

* a feature that allows you to upload videos from your camera directly onto YouTube;

* Bixby Routines with Spotify integrated into it so that your phone can suggest music for you based on what you are currently doing; and

* a feature that allows you to split your Bluetooth connection with another smartphone so you and the other user can share DJ duties without having to disconnect and reconnect to Bluetooth.

Is the S20 lineup worth the price tag? That’s the question many are asking. Without a doubt, the three highly-anticipated new smartphones have better cameras and stronger and more sophisticated capabilities. But users have been more hesitant to shell out big bucks to upgrade their smartphones in recent years. The mindset of many seems to be: The old smartphones work well, and the enhancements, while impressive, do not necessarily justify the steep cost.

Will the S20 lineup be received differently? It has yet to be seen.

In addition to its Galaxy lineup, Samsung is also releasing a new version of the Galaxy Buds wireless earphones. The new version offers 22 hours of battery life. It is available in red, blue, white, and black. 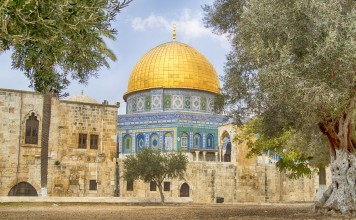