Everyone knows social media is more about projecting a certain image than about authenticity. Even social media influencers who claim to be authentic, referencing messy kitchens and anxiety diagnoses, document lives so filled with perfection – with glossy filters and flawless angles – that it’s hard to see how their disorganization, insecurities, or medical diagnoses are affecting their lives.

But while most savvy social media users know that the content of their favorite social media stars doesn’t reflect their real lives, many may not be aware that their engagement and follower count might be fake too.


Social media giants have promised to clamp down on inauthentic engagement and followers and remove bot accounts. But a recent experiment conducted by the NATO Strategic Communications Center of Excellence demonstrates that they haven’t done a very good job of it.

The researchers purchased engagement from 16 “social media manipulation service providers” for 105 separate posts across the four platforms. They paid a combined total of 300 Euros (around $330 U.S.) to the service providers. As a result, they got the following fake engagements: 3,530 comments, 25,750 likes, 20,000 views, and 5,100 new followers. Four weeks later, 80 percent of the inauthentic engagement they had purchased was still online.

During the study, the researchers also found 18,739 inauthentic social media accounts. They reported them to their respective social media platforms. But three weeks later, 95 percent of them were still online.

Where do the social media giants rank in terms of removing fake likes, followers, and comments? The researchers found that Twitter was the best at countering abuse on its platform; it removed about half of the purchased likes and retweets and blocked 35 percent of the reported fake accounts.

Facebook was the best at blocking the creation of inauthentic accounts. However, an account that was able to circumvent the system only had 10 percent of likes removed and no removed comments.

Instagram and YouTube were the worst offenders. Instagram had the lowest cost of manipulation and was the easiest platform to manipulate. It also only had 1 percent of inauthentic likes removed, which was only slightly better than the percentage YouTube removed. (YouTube, though, was also the most expensive and most challenging network to purchase engagement on due to the way ads work on the site.)

Why is this information relevant? Partially because people fear that widespread disinformation campaigns will proliferate on social media as the 2020 election campaign cycle intensifies. In fact, 80 percent of the reported inauthentic accounts in this study engaged with political content of some sort.

The study also found, though, that more than 90 percent of purchased engagement on social media platforms is for commercial, rather than political, purposes. In a sense, this statistic is even more concerning than the previous one because it means that many of the comments on the quality of many products are fake and that people are making purchasing decisions based on these fake reviews.

NATO Strategic Communications Center of Excellence lists a series of recommendations to help prevent abuse of social media sites. These include: establishing independent oversight bodies, regulating the social media manipulation market, and requiring social media companies to do more to combat abuse and increase transparency. While none of these will eliminate all forms of abuse, they may help keep the platforms honest.

In the meantime, educating people on how social media influencers make money off likes and views is the least that can be done. 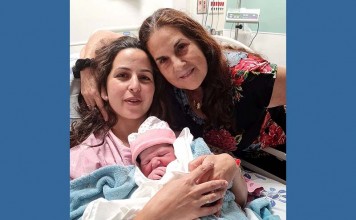