I spent many warm, sunny days last month at the Ballpark of the Palm Beaches near my winter dugout in the Orthodox enclave of West Palm Beach in Century Village.

Admittedly, I took a liking to and saw a lot of the Houston Astros and Washington Nationals, who share the new spring training facility. But I saw them play several teams – some, like the Yankees and Mets, more than once.


I think I saw the 2015 Bryce Harper (.330, 42 home runs) instead of the Bryce Harper of last year, when the Washington outfielder hit just .243 with 24 homers. If Harper is close to his 2015 numbers, and pitchers Max Scherzer and Stephen Strasburg stay healthy, I predict the Nationals will top the National League East and go deep into October.

The Mets look like the only team in Washington’s division with a chance to catch the Nats. Good starting pitching must stay healthy if they are going to top last season’s record of 87-75, a distant eight games behind the Nationals.

The Chicago Cubs are the best team in baseball and a shoo-in to win the National League Central. The Cubbies won a hundred and three games last season with superior pitching and hitting. With their battle-tested young stars who experienced the long playoffs and winning the World Series, 110 wins this season is possible. St. Louis ended last season 17-and-a-half games behind the Cubs and I’ll be surprised if they’re closer than 20 this year in a very distant second place.

The closest race will be in the National League West where the Los Angeles Dodgers and San Francisco Giants are the best of that division. The Giants finished 2016 four games behind the Dodgers, but the Dodgers have better young players and should widen the gap a bit in 2017.

Baltimore and Toronto finished four games behind Boston in the American League East last season and I expect both to be even farther out this season. The Red Sox have better pitching but will miss “Big Papi” David Ortiz, who retired after last season and went out with a bang, batting .315 and smacking 38 home runs. But the BoSox have some good young hitters who should top last season’s numbers.

Cleveland should win the American League Central again as Detroit is stuck with too many aging players earning mega-bucks. The Tigers tried to rebuild in the off-season but found no takers for their long-term contracts. With no injuries and a lot of luck, Detroit could dethrone Cleveland but the Indians are set for the future with players on the brink of stardom.

The Texas Rangers won 95 games last year in the AL West. Second-place Seattle won 86 and third-place Houston 84. Houston has my two favorite players, second baseman Jose Altuve and third baseman Alex Bregman. But that’s not why I’m picking them to top the Rangers. The Astros should win the West after adding veteran catcher Brian McCann and designated hitter Carlos Beltran to an already strong lineup.

The postseason includes the Wild Card game, the Division Series, and the Championship Series. I expect the Cubs and Red Sox to make it through the playoffs to face off in their cozy old ballparks in the World Series, with the Cubbies winning in seven games.

Even if your favorite team does not do well this season, every team has some interesting players to follow.

Here are some players who get my first look in the box scores on a regular basis:

Cleveland: Shortstop Francisco Lindor, .301, 15 home runs, 19 stolen bases. He’s one to watch at bat and on the bases.

Minnesota: Second baseman Brian Dozier, .268 with 42 home runs. Will he hit over 30 homers this year?

Detroit: Pitcher Justin Verlander, 16-9, 3.94 ERA, and first baseman Miguel Cabrera, .316, 38 homers, 108 RBI. These two and some other vets could help the aging team contend for probably the last time this decade.

Houston: Second baseman Jose Altuve, .338, 24 home runs, 30 stolen bases. The smallest player in the majors puts up big numbers. Third baseman Alex Bregman, .264 with eight homers in 201 at-bats after a quick rise in the minor leagues. Breggie may be the only player in the majors this year with two Jewish parents.

Washington: Will Bryce Harper be the best player in the National League this season? And keep an eye on pitchers Max Scherzer, 20-7, 2.96 ERA, and Stephen Strasburg, 15-4, 3.60. Will the Nationals be able to keep Harper and Strasburg away from free agent zillion-dollar contracts? Infielder Trea Turner, .342, 13 homers in 307 at-bats and 33 stolen bases, may be baseball’s highest paid player within a few years.

Milwaukee: Outfielder Ryan Braun, .305, 30 homers. Putting up good numbers out of the limelight.

Los Angeles: Infielder Corey Seager, .308, 26 home runs. Is he as good as they say? Outfielder Joc Pederson, .246, 25 homers. He’s got to hit for a higher average to have a regular spot in the lineup.

Colarado: Third baseman Nolan Arenado, .294, 41 home runs, 133 RBI. One of the best offensive and defensive players in the majors.

Before you e-mail me and tell me whom I left out, these are just some of the players to watch via the box scores. 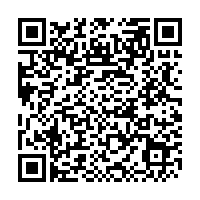