Seventy years ago, in May 1948, many were celebrating the birth of the State of Israel. Several months later, on August 16, many also mourned the death of the greatest baseball player and sports character of all time – Babe Ruth – who died of throat cancer at age 53.

Remembered as a tremendous hitter, “The Babe” was also a great pitcher who was on his way to a Hall of Fame career as a left-handed pitcher before he decided to start swinging a bat full-time. His major league career record as a pitcher was 94 wins and 46 losses, with a low 2.28 earned run average.

He sparkled in the World Series as he won all three games he pitched in and allowed less than one run per game (his ERA was an amazing 0.87). Ruth pitched 29 consecutive scoreless innings in the World Series, a record which held for 42 years.

The Babe hit 714 home runs over his career: 692 as an outfielder, 14 as a pitcher, seven as a first baseman, and one as a pinch-hitter. It took Hank Aaron 12,364 career at-bats to accumulate his 755 career home runs while The Babe hit his 714 in only 8,399 at-bats. The difference between these two numbers is about seven years’ worth of at-bats.

I should note that Aaron also had the advantage of hitting 22 of his home runs as a designated hitter, a position that didn’t exist during The Babe’s time. Ruth could have hung on an extra season or two if he didn’t have to play the field. It’s also important to note that Aaron, a great complete ballplayer, had a good .305 career batting average, while Ruth’s was 37 points higher at .342. I was lucky enough to be on the baseball beat in the 1970s when many of Babe Ruth’s former teammates were still alive. One of them, pitcher Waite Hoyt (who went on to be a long-time radio play-by-play man), pretty much summed up what I gleaned from others:

“We players never ceased being fascinated by the man,” Hoyt recalled with a big grin. “He was simple, straightforward, yet so complex and unfathomable. We simply could not characterize him. He partied hard and he played hard. His popularity was a phenomenon of the American scene.”

George Herman “Babe” Ruth was also a great family man. He had two daughters; one was adopted and one was from his wife Clair’s previous marriage. All agreed that he was in a league of his own as a dad.

Not many know that Babe Ruth was also a great cook. “He always experimented with preparing new dishes and was wonderfully organized,” Mrs. Ruth related in a Sport article in 1949. “He carefully planned meals and when he was through, he rolled up his sleeves and scrubbed everything with scouring powder. He always left the kitchen in wonderful condition. He could carve meat like nobody else and kept poultry shears in perfect condition. He had a jovial, lordly air as he stood at the head of the table, carving meat as easily as cutting paper.”

As his illness progressed, Ruth’s voice grew hoarse and his famous voracious appetite deserted him. On the last evening of his life, Ruth swung his thin legs over the side of the bed and started walking across the room. Doctors and nurses caught him and ushered him back into bed. They asked him where he was going. The Babe answered, “I’m going over the valley.”

Those were the last words the great Babe Ruth ever said in this world, as he was tagged out of this life less than 90 minutes later.

Someone who put so many smiles on so many faces during the Depression era, with his booming personality and financial generosity and years of visiting sick children, has got to have a reserved seat in a special place.

Irwin Cohen will be speaking at Congregation Anshei Chesed in Boynton Beach, Florida, on January 3. 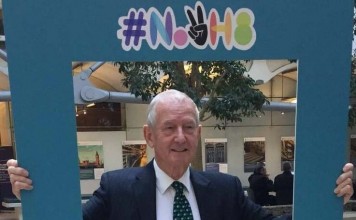 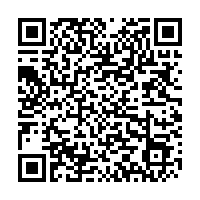