Within a 15-minute ride there are bookstores, new and used, and several libraries that hold book sales at least once a year. But nothing tops Bookstock. What Woodstock was to dopeheads, Bookstock is to those who get a high upon finding great old books.


Once a year in the spring, Bookstock takes over the corridors of an upscale suburban Detroit shopping center for an eight-day book sale mostly benefiting Detroit schools and its pupils.

Mostly manned by women volunteers from the Jewish community who work through the year collecting and sorting books, Bookstock features large tables, each filled with hundreds of books packed together spine-up in rows of six.

I always come prepared, wheeling a suitcase that has plenty of room for my purchases. This year, as I do every year, I circled the numerous tables marked Biography, History, Politics, and Sports. I hit the jackpot with bios of old Jewish show-bizzers and two books written by Elliott Roosevelt containing honest (faults and all) recollections of his parents, Franklin and Eleanor Roosevelt.

The baseball books I found contained articles and stories authored by great baseball writers of yesteryear. Two of the books, The Fireside Book of Baseball and The Baseball Reader, stand out.

Updike wrote a long, riveting piece titled “Hub Fans Bid Kid Adieu” for The New Yorker about Ted Williams’s last game, in 1960. It’s been reprinted many times in many places and you can find it online. Many consider it the best baseball piece ever written. Ted Williams probably agreed.

Here’s how Updike describes that final Red Sox home game of the 1960 season:

“The day was overcast, chill and uninspirational. The Boston team was the worst in 27 seasons. A jangling medley of incompetent youth and aging competence.”

Later in the article Updike writes of Williams’s time in Boston (Williams could boast that he played in four decades, as he broke in with the BoSox in 1939 and played until 1960):

“The affair between Boston and Ted Williams has been no mere summer romance; it has been a marriage, composed of spats, mutual disappointments, and toward the end, a mellowing hoard of shared memories. It falls into three stages, which may be termed Youth, Maturity, and Age, or Thesis, Antithesis, and Synthesis; or Jason, Achilles, and Nestor.”

Speaking of books, one that recently came to my attention is the revised and supplemented 2017 edition of Step Up to the Plate – Baseball and Judaism: How to Win the Game of Life. Published by Kodesh Press (and originally by Targum Press in 2009) the book was written by Rabbi Yisroel Roll. The new edition contains some new additions by Rabbi Aaron Reichel.

It’s not a book on baseball history or Jewish baseball players, but browse through it at your favorite Jewish bookstore to see if it’s for you.

If you’re searching for a book about Jewish history and Jewish ballplayers, the only book for you is my own Jewish History in the Time of Baseball’s Jews.

The book covers the era from the Civil War to the present, following Jewish players against the backdrop of what was happening in the Jewish world. It was published four years ago, and you won’t find it in stores or online. The only way you can purchase a copy is by mailing a check, made out to me, for $29.95, which includes shipping and another book I wrote, which covers my time in the baseball world. 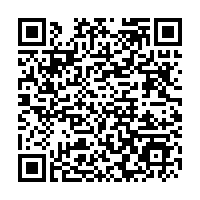