Shaked told Israeli Army Radio that Issacharoff should be tried for war crimes.


Two months ago Issacharoff told a Breaking the Silence rally that as a combat soldier in Hebron he beat a disarmed Palestinian Authority Arab who posed no threat.

“[Issacharoff] admitted he committed war crimes by beating Palestinians for no reason while they presented no threat,” Shaked told Army Radio.

“That really leaves us only two options: We are a law-abiding army. If this really happened we must investigate the incident and punish the offenders. If it did not happen, the state must say so clearly, so pro-Israel NGOs will be able to effectively refute the lies.

Breaking the Silence did not respond to requests for comment. 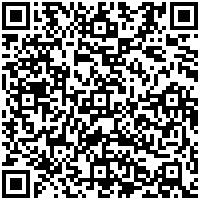