Almost every evening that’s not Shabbos or Yom Tov, my wife asks me, “What do you want for supper?”

“Hot dogs,” I answer. “You’re not getting hot dogs,” is her stock response. She claims hot dogs aren’t healthy. They also don’t test her cooking abilities, which are substantial.


About a month ago, however, I got to eat four hot dogs with mustard in one evening. Congregation Anshei Chesed of Boynton Beach, FL, invited me to speak at a hot dog dinner about my time on the baseball beat. Over 40 men attended the evening with most wearing their favorite baseball caps.

Of all the audiences I’ve spoken to, the Boynton Beach guys were among the best informed on baseball history and trivia. So in their honor, here is some trivia any baseball fan would enjoy:

One of Sandy Koufax’s greatest games came on September 9, 1965 when he pitched a perfect game against the Chicago Cubs at Dodger Stadium. The Cubs pitcher, Bob Hendley threw a complete-game one-hitter that day. So how did the Dodgers win 1-0? On a home run? No, they scored in the fifth inning on a walk, sacrifice, and throwing error by the catcher as a Dodger runner attempted to steal third base.

Here’s some more Koufax and pitching trivia: Koufax was a relief pitcher in the last game the Dodgers played in Ebbets Field in 1957. The starting pitcher was Roger Craig, and the Dodgers lost to the Philadelphia Phillies 2-1. Craig also pitched in the Mets’ first ever game in New York, in 1962. Craig lost 24 games that year, pitching for the inept Mets managed by Casey Stengel.

Some more trivia: Juan Marichal was the winningest pitcher in the 1960s, winning 27 more games than anyone else. One of Marichal’s greatest games came on July 2, 1963, against Milwaukee’s Warren Spahn. Marichal carried his complete game shutout into the bottom of the 16th inning, and Willie Mays homered to give Marichal the win.

Spahn was the winningest pitcher in the 1950s, with 202 wins – 11 more than Marichal recorded in the ’60s. He went on to be the winningest lefthander in major league history, with 363 victories.

Baltimore Orioles pitcher Jim Palmer won the 1970s, with 186 victories, while Jack Morris, who had his best years with the Detroit Tigers, was the winningest in the 1980s with 162. By then, starting pitchers were pitching fewer innings, as relief pitchers were brought in earlier in the game.

One of the greatest pitching performances took place in Boston’s Braves Field on May 1, 1920. Leon Cadore was the starting pitcher for the Brooklyn Dodgers and Joe Harris took the mound for the Braves. Both starting pitchers were still in the game after the 26th inning, with the score tied at one. After three hours and 50 minutes of play, the umpires called the game because of darkness. The pitchers weren’t as frustrated as Braves second baseman Charlie Pick, who was hitless after 11 at-bats.

Babe Ruth, of course, is remembered as one of baseball’s best hitters. But he would have made the Hall of Fame as a pitcher had he not been converted into an outfielder so he could bat every day. One of the Babe’s great feats on the mound took place on August 15, 1916, when for the second time that season, Babe bested the great Walter Johnson 1-0. That game took 13 innings. Johnson, who won over 400 games, holds the record for winning and losing the most 1-0 games: he won 38 and lost 26 of them.

Another memorable pitching performance took place in Chicago on May 2, 1917. Fred Toney pitched for the visiting Cincinnati Reds while Hippo Vaughn started for the Cubs. Both pitched no-hitters after nine innings. The Reds managed a run on two hits in the 10th off Vaughn, and Toney recorded a no-hitter.

A Remarkable, But Forgotten, Judeo-Arabic Translator 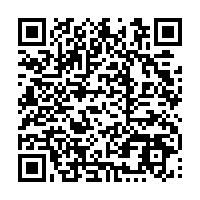