Last month we talked about Ed Mayer, the Jewish pitcher on the Chicago Cubs 60 years ago, and his 1958 baseball card. But 1958 is best remembered as the inaugural season of the Los Angeles Dodgers and the San Francisco Giants.

Brooklyn favorites Gil Hodges and Duke Snider went West, but their home run production went south, even though their new baseball home featured cozy dimensions that favored long ball hitters. The Dodgers played in football’s Los Angeles Coliseum, which had the shortest left field in baseball – only 250 feet from home plate to the wall – because of its configuration for football.


The coliseum could house over 100,000 fans. On Opening Day the Dodgers drew 78,672 paying fans – almost double what their beloved former home, Ebbets Field in Brooklyn, could accommodate. The Giants used San Francisco’s former Pacific Coast League Seals Stadium, which held less than one-half of the Dodgers opening crowd. These temporary homes were used until the Giants built Candlestick Park and the Dodgers built Dodger Stadium. Seals Stadium and the L.A. Coliseum had something in common: Both lacked a second deck, or a roof over the top portion of the stands.

Willie Mays became an instant hero in San Francisco and went on to have many great seasons, while the great Dodgers of Brooklyn faded and were soon gone. Only Sandy Koufax would go on to greater fame, but he was still several seasons away from being baseball’s best pitcher.

One of the big names in Brooklyn was Roy Campanella. The popular, stocky catcher was 36 years old at that time 60 years ago. He had a lifetime batting average of .276, with 242 home runs since his Brooklyn debut in 1948.

On the night of January, 21, 1958, his life would take a tragic turn. “Campy” had a liquor store in Harlem. That evening, he closed it for the night, and headed toward his home in Glen Cove on the northern shore of Long Island. Cruising carefully at about 30 miles per hour in his rented, spiffy ’57 Chevy, Campy skidded on a patch of ice near his home and crashed into a telephone pole, causing the car to overturn. He suffered a broken neck and was paralyzed from the shoulders down.

After a long rehab, he regained limited use of his hands and arms, but would always need a wheelchair to get around. One of the most popular men in the history of baseball, the Dodgers used Campy as a good will ambassador, gave him the additional roles of Los Angeles supervisor of scouting for the eastern United States, and made him a special coach during spring training.

The charismatic Campanella appeared on many magazine covers and many top television programs of that era, including, “What’s My Line,” “This is Your Life,” and twice on “The Edward R. Murrow Show.”

The year 1958 is also remembered for some superstar players who had super seasons. Willie Mays hit .347, and his 25-year-old teammate on the Giants, Orlando Cepeda, hit 25 home runs and was named National League Rookie of the Year. Cubs shortstop Ernie Banks led the National League with 47 home runs and 127 runs batted in, and was named Most Valuable Player. Richie Ashburn, the speedy center fielder of the Philadelphia Phillies, led the National League in batting with a .350 average while his team finished last.

Mickey Mantle hit 42 homers to lead the American League, and his teammate White Ford pitched seven shutouts and led the league in earned run average with an outstanding 2.01. Jackie Jensen was named the league’s most valuable player for hitting 35 home runs, with a league-leading 122 RBI. Jensen’s outfield teammate on the Red Sox led the league in batting, with a .328 average at the age of 40. Hoyt Wilhelm, a top relief pitcher for the past seven seasons, started his first game in late September and no-hit the Yankees.

With the Dodgers and Giants in the West, the Yanks had New York to themselves and were the center of attention of the baseball world as they defeated the Milwaukee Braves to win the World Series in seven games. Whether one was a baseball fan or not, Jews were united in not shedding a tear over the death of Breckenridge Long as the baseball season wound down.

Long, 77, had helped pave the way for the Germans to murder more Jews – some put the figure up to 200,000 – by shutting the doors to immigration in his role as Assistant Secretary of State in Franklin Delano Roosevelt’s administration. In a memo circulated within the State Department in June 1940, Long stated: “We can delay and effectively stop for a temporary period of indefinite length the number of immigrants into the United States. We could do this by simply advising our consuls to put every obstacle in the way and to require additional evidence and to resort to various administrative devices which would postpone and postpone and postpone the granting of the visas.” 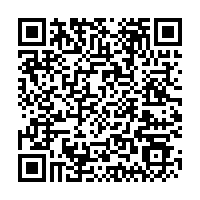