New York, June 19, 2018 – An art exhibition featuring the paintings of Israeli children and adults with disabilities opened on Tuesday at the South Wall of United Nations Headquarters in New York. The exhibition was the culmination of a day-long UN initiative titled “Including Persons with Disabilities to Achieve Sustainable Development for All” and was sponsored by ILAN, Israel’s foundation for people living with disabilities, in conjunction with Israel’s Mission to the UN under the leadership of Ambassador Danny Danon.

“We spoke a lot today about disability,” Danon in his opening remarks, “but what we see here is ability. Limitations cannot compete with imagination and creativity. At the center of Israeli policy lies three core values: respect, inclusion, and equality for all.”

Mr. Ehud Rassabi, Chairman of the Board of ILAN and one of two guest speakers who had arrived from Israel for the opening, stressed the importance of building infrastructures that integrate people with disabilities fully into society. “In order to foster independence, we must place these people at the very center of life and provide the tools they need to succeed,” he said.

Rassabi, a former Knesset member who has chaired ILAN for the past twelve years, had approached Danon about the exhibit last year while the ambassador was on a trip to Israel with his American counterpart, United States Ambassador to the UN Nikki Haley. He believes that programs like ILAN’s can offer a bridge to global peace and understanding.

The organization is committed to helping Israeli children and adults who suffer from neuromuscular impairments, such as cerebral palsy and multiple sclerosis, achieve the highest possible quality of life.

“ILAN cares for18,000 people in Israel,” says Rassabi, “Christians, Arabs, or Jews, it doesn’t matter, the challenges are the same.” “We strive to integrate our people into mainstream Israeli life to the greatest degree possible,” says Rassabi, “educationally and occupationally.” He pointed to a painting of two girls dancing. “This painting, called Mysterious Dreams, was done by an artist in a wheelchair who will never dance,” he said, and added that ILAN hopes that exhibitions like this can help shine a light on a seldom seen angle of an individual with a disability. Rassabi gestured to the man on his left. “With me tonight from Israel is Brigadier General (res.) Dr. Alon Dumanis, who implements so well in his life what I can only lecture about.”

Dumanis, a native of Tel Aviv who was only a year old when he fell victim to Israel’s 1951 Polio outbreak, was one of the first people to be taken under ILAN’s wing. “ILAN actually came into being as a result of the Polio epidemic,” explains Dumanis, “a group of doctors and parents founded the organization in 1952 to provide assistance to victims and their families.”

He credits ILAN for the belief in his own abilities that led to his groundbreaking fight to be drafted into the Israeli Defense Forces (IDF) in 1969, despite being classified with a 100% disability. “In their facilities, and under the guidance of their professional staff, I grew up feeling like there was nothing I couldn’t do,” says Dumanis.

Before retiring to a successful business career, Dumanis spent 30 years in Israel’s Air Force (IAF) , rising to the rank of Brigadier General and attaining the one of the highest positions in the IAF, the Head of the Air Force Materiel Directorate. His career paved the way for generations of soldiers with disabilities to come.

“I am proof that ILAN’s work stands the test of time,” says Dumanis, “the support they provide from kindergarten, elementary school and high school, through army and work, imbues a sense of meaning and value throughout a person’s life cycle. Every child should be able to stand up here and tell their story with pride”.

“A disabled person receives, but also gives,” continued Dumanis, “everyone contributes but everyone profits. It is mutual. That is how a healthy society works.”

Rassabi and Dumanis were joined by two more ILAN leaders at the opening of the exhibition, CEO Mr. Boaz Herman, and Director of Public Relations Ms. Shani Kenzi.

Danon summed up the evening. “Where difficulty lies, opportunity lies as well.” 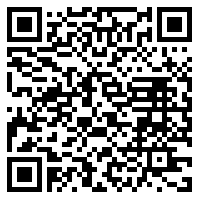