The year 1973 was an interesting one indeed.

Forty years ago, the Conservative movement’s commission on law and standards adopted a new regulation admitting women into the traditional minyan.

Only two days after Richard Nixon was inaugurated for his second term as president, former president Lyndon Johnson died in his bed at his Texas ranch at age 64.

On the last day of April, the Watergate scandal forced the resignation of Nixon aides John Ehrlichman and H.R. Haldeman. A few weeks later we started following the televised Watergate hearings. Popular evening viewing included “Columbo,” “The Bob Newhart Show,” “All in the Family,” “The Mary Tyler Moore Show,” “MASH,” “The Odd Couple,” “Sanford & Son” and “The Waltons.”

Two weeks after Henry Kissinger was installed as secretary of state, the Yom Kippur War broke out as Egyptian and Syrian forces launched a surprise attack on Israel. Some 2,688 Israeli soldiers were killed in the nearly three weeks of military battles that followed.

On Armistice Day in America, a U.S.-brokered cease-fire was signed between Egypt and Israel. Nineteen days later, David Ben-Gurion died at 87 and in the waning days of December, Theo Epstein, who would grow up to be the general manager of the first Boston Red Sox team to win a World Series in 86 years, was born.

Jewish ballplayers were on the move that year. Traded by the Oakland A’s to the Texas Rangers the previous winter, Mike Epstein started the ’73 season as the Rangers’ first baseman. Yale graduate Steve Greenberg, a first baseman as his father Hank was, went to spring training with Texas but was sent back to the minor leagues without ever playing in a regular season game.

Epstein played in only 27 games before being traded to the California Angels. Epstein finished the season with a combined .209 average and nine home runs in 307 at-bats. Richie Scheinblum started the season with the Cincinnati Reds before being swapped to the Angels, giving them two Jews in the lineup at times. Scheinblum’s totals for 1973 were four homers and a .307 average in 283 at-bats.

Injuries limited Norm Miller to only 11 at-bats and he managed a .273 average with Houston and Atlanta. Ken Holtzman became the first Jewish 20-game winner (21) since Sandy Koufax (27) in 1966. Holtzman led the Oakland pitching staff in victories and ERA (2.97) and was the only pitcher to win two games in the World Series over the New York Mets. Future Cy Young award winner Steve Stone, who was traded by San Francisco to the Chicago White Sox, had his third consecutive losing season (6-11, 4.24 ERA).

But 1973 was the year Ron Blomberg became the answer to the following trivia question: Who was baseball’s first designated hitter?

The DH rule, which went into effect only in the American League, was instituted to create more excitement by having a position player bat instead of a weak-hitting pitcher.

It was a drab, dismal, cold afternoon on April 6, 1973, in Boston’s Fenway Park. Blomberg was batting sixth in the Yankees’ lineup and Red Sox designated hitter Orlando Cepeda was slotted in the firth spot for the home team.

Luis Tiant, Boston’s starting pitcher, was wild and gave up a double and two walks to load the bases, allowing Blomberg to bat in the top of the first inning. Blomberg walked, trotting up to first base and down in history.

The Red Sox went on top the Yankees 15-5 and Blomberg’s bat went to baseball’s Hall of Fame in Cooperstown, New York. Injuries limited Blomberg to 301 at-bats in 1973 and he posted a .329 batting average with 12 home runs, serving as designated hitter in 55 games and seeing action in 41 games at first base.

The year was memorable for Blomberg and this columnist, too. It was my first year on the baseball beat (except for Shabbos and Yom Tov) and I brought the big, friendly Southern-born Blomberg bagels whenever the Yanks played in Detroit. 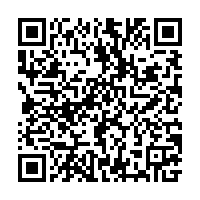