I recently heard a Pirkei Avos shiur in which the speaker said that our spiritual DNA derives from our patriarchs and matriarchs. The great tests they withstood and for which they gained ever greater prominence was witnessed by the Jews who followed them, many of whom succeeded in overcoming great challenges as well. It seems that an individual’s great effort helps the spiritual strength kick in.

I faced a test a number of years ago, having gone head-to-head against a bureaucracy that was insensitive to religious needs. I felt that something much bigger than me was at play but couldn’t quite place it.


My city hospital/rehabilitation center supervisor and a colleague, along with the department head and vice president, were adamant that I not leave work at 3 p.m. on Fridays in the winter months so as to arrive home on time for Shabbos. I was willing to work late at my job as a recreation therapist on another day during the week, but they would have none of it. The department’s precision would not allow for this exception.

This was my first experience with this type of situation, as my heightened religious observance required this professional necessity.

My friend in the same field but at a different facility faced the same predicament – only his bosses insisted he not only work late on Fridays but on Shabbos as well! His solution: Since he couldn’t afford to lose his job, he would spend Shabbos in the neighborhood of his job’s location, walk to work on Shabbos and make every attempt to not be mechallel Shabbos while doing his work.

To me, that sounded like surrendering to an insensitive employer. After all, the law stated that reasonable accommodations needed to be made for workers’ religious observances. Thus, I could not follow my friend’s lead – despite the economic consequences that would possibly follow.

To be sure, if I thought that leaving early on Friday and not working on Shabbos or Yom Tov would in any way hurt the elderly people I was serving, I would have resigned my job and faced those consequences. But other competent colleagues not facing my religious needs could have filled in for me. (I would certainly be amenable to returning the favor.)

After much tension with my supervisor and the department head, a mild compromise was reached: I could work from 8 a.m.-4 p.m. on Fridays. But with Shabbos beginning as early as 4:09 on winter Fridays, this was hardly ideal, as my apartment was a 35-minute ride from work.

I contacted appropriate Jewish organizations for assistance – but to no avail. So I arranged to stay with Rabbi Harold Furst, a”h, and his rebbetzin, Vivian Furst, who lived 10 minutes drive time from work. Getting to them in time for Shabbos was cutting it close, but yet doable.

But then came a dilemma without compromise. I was required to work on a Shabbos in December due to a scheduled holiday party. I spoke with another supervisor, a Jewish woman, about my quandary. Her comment: “You can’t miss Saturday. You would be suspended and that would be the beginning of losing your job.”

So I asked to see the facility’s vice president, a Jewish man, in my attempt for justice. I thought he would be sympathetic to my plight since he always seemed friendly to me and had complimented me for my work in the past. My optimism, however, was short-lived.

I explained my religious predicament to him. “You know,” he replied, “my grandfather was a religious man in Europe. But when he came to America, he threw his tefillin away. He realized he had to make a new life here.” I was stunned. I didn’t understand what his grandfather’s action had to do with me. All I could think about was my desire to travel in the footsteps of religious observance that was so dear to me.

I would not back down from my commitment to remain shomer Shabbos. I did not show up for work on that Saturday, having notified my supervisor of my plans beforehand. 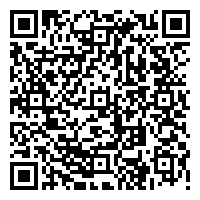