They played in the era prior to free agency. During their time in the major leagues, they could be traded, sold, or released at the whim of management. Sort of what kids do with their baseball cards – trade, sell, or throw them away.

They were familiar faces to me every year I collected baseball cards. I often saw them play and even saw them after their playing careers. They all died around the same time not that long ago.


Ned Garver was one of the first players I had ever heard of as a youngster. Garver pitched for the lowly St. Louis Browns from 1948 to 1952. (Two years later the Browns moved to Baltimore and became the Orioles.)

Garver also pitched for the Detroit Tigers, Kansas City Athletics (before they became the Oakland A’s) and the Los Angeles Angels. He compiled a career 129-157 record with a pretty fair 3.73 earned run average.

The native of Ney, Ohio, frequently attended games in Detroit and suited up on Old-Timers Day. I have many memories of him talking to Ralph Branca, who also pitched for the Tigers in the mid-fifties.

Garber died at 91 not too far from where he was born.

Jimmy Piersall was one of baseball’s greatest characters. Brought up to the major leagues by the Boston Red Sox in 1950, the heralded outfielder made the majors to stay in 1952. But his erratic behavior led to hospitalization for mental issues. Teammate Ted Williams called him the best defensive outfielder he had ever seen. Piersall’s story, Fear Strikes Out, was a popular book made into a movie in 1957, starring Anthony Perkins as Piersall and Karl Malden as his demanding father.

The Red Sox swapped him to Cleveland in 1959 and it was on to Washington two seasons later before joining Casey Stengel’s New York Mets in 1963. While with the Mets he hit the 100th home run of his career and celebrated the milestone by circling the bases backward. Manager Stengel wanted to be the only clown in a Mets uniform and sent Piersall packing soon after. He joined the Los Angeles Angels, remaining with the team until 1967 and closing out his career with a .272 batting average.

The celebrated Piersall was eventually hired to provide color commentary for the Chicago White Sox and was partnered with the legendary Harry Caray in 1977. Caray, the former voice of the St. Louis Cardinals, liked the monthly baseball publication I was with at the time, and invited me to spend time in the broadcast booth with the colorful pair. Not only did I have a chance to sit in and listen to them, but Caray asked my opinion on the issues of the day and gave me an opportunity to provide information on how listeners could become subscribers to my baseball monthly. Besides several minutes behind the microphone, the sponsor gave me a radio that lasted for years.

Caray, who suggested I do more radio, went on to greater fame going to the north side of Chicago and becoming the play-by-play man of the Chicago Cubs. He coined Wrigley Field as the “Friendly Confines.” Caray made going to Wrigley Field the “in thing” and attendance shot up in his years there. Piersall drifted out of baseball and was 87 when he died.

Roy Sievers wasn’t the defensive outfielder that Jimmy Piersall was but he was a much better home run hitter. Sievers slammed 318 career homers and batted .267 from 1949 through 1965. He was the American League Rookie of the Year in 1949 with the St. Louis Browns and had his greatest years with the Washington Senators (1954-1959) before spending the next decade with the Chicago White Sox and Philadelphia Phillies. He returned to Washington where he closed out his playing career.

During his Washington years, Sievers lunched with John F. Kennedy and met several other presidents. Richard M. Nixon called Sievers his favorite player. Sievers hit 42 home runs in ’57 with Washington and for nine consecutive seasons hit more than 20 homers. His long-ball hitting was used in the movie “Damn Yankees.” The 1958 musical comedy starred Tab Hunter as Joe Hardy, who sells his soul to the devil to help last-place Washington beat the first-place Yankees for the pennant. Sievers is in the distant shots as Joe Hardy.

The movie has great musical baseball tunes including “Shoeless Joe from Hannibal, Mo.” but the tune that always plays in my cluttered mind is “Ya Gotta Have Heart.” Especially the part that goes “Ya gotta have hope, just can’t sit around and mope.” 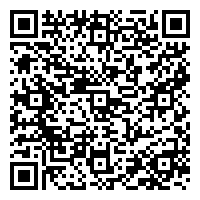