The second terrorist who escaped after attempting to infiltrate into the town of Itamar on Jan. 28, 2018 gave himself up to the IDF’s Civil Administration (COGAT) on Wednesday.

His partner was caught at the scene after the two were spotted as they attempted to infiltrate into the town. The second terrorist managed to escape capture.

The IDF confirms that the pair were attempting to infiltrate into the town to commit a terror attack. 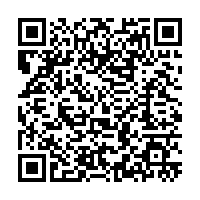