At a speaking engagement recently in the college town of Ann Arbor (about 55 minutes from my dugout), an older Jewish fellow told me about his brother-in-law who had a long career as a pro baseball player.

Murray “Moe” Asher Franklin’s minor league career began in 1937 and his only major league stint was with the Detroit Tigers in 1941 and 1942. Franklin played shortstop in four games and third base in one game for the ’41 Tigers, hitting .300 in 10 at-bats. In 1942, in 154 at-bats, Franklin batted .260 while seeing fielding action in 32 games at shortstop and seven at second base.


Military service ended his major league career. He served in the Navy until the end of World War II but got to play on the Naval Air Station team with big league star infielders Johnny Pesky and Pee Wee Reese. Other big leaguers on the team included pitcher Johnny Sain and slugging outfielder Ted Williams.

Disappointed that the Tigers dropped him from their roster, Franklin opted to play for Mexican and Cuban teams before returning to stateside baseball with the Hollywood Stars of the Pacific Coast League, one step below the majors, in 1949.

I was put in touch with Murry’s son Dell, who had many interesting stories regarding his father and playing for Hollywood in Gilmore Field.

“It was a small, intimate field,” Dell recalled, “with very little foul territory, making the fans real close to the players. Many comedians came to the games – Abbott and Costello, Jack Benny, Joe E. Brown, Bob Hope – and, of course, actresses like Anne Bancroft.”

Gilmore Field was the home of the Hollywood Stars from 1939 to 1957. The Dodgers left Brooklyn for Los Angeles after the 1957 season and the two triple-A teams in the area, the Stars and the Los Angeles Angels, moved to other West Coast cities for 1958.

Gilmore Field, which held about 11,000 fans, was near the intersection of Fairfax Avenue and Beverly Blvd (near the Jewish community). The little ballpark, in which many movies were filmed, was razed in ’58 and much of the ballfield was turned into a parking lot for CBS Television City.

Jewish kids like Dell Franklin lucky enough to be around Gilmore Field in its heyday in the late ’40s and early ’50s, took away lasting memories of movie stars and the ballplayers who were on their way up to or down from the parent Brooklyn club. Dell’s dad played for Hollywood from 1949 through 1951, before hooking up to other west coast clubs.

“I accompanied dad to the clubhouse and onto the field during practice before games,” Dell said. “I remember the clubhouse as a sanctum, a private male society all its own, off limits to those who did not belong. I was accepted grudgingly in time because these men recognized that the game was as important to me as it was to them, and when I was not walking around pounding a ball into a floppy old glove, I was oiling their gloves and taking care of their bats.

“I had to grow a tough little hide as everybody was fair game to be razzed and needled. I had to dodge spurts of tobacco juice and snapping towels on my backside. It seemed everybody had a nickname and not complimentary at all. Mother was appalled at my language, but the players were profane, and I imitated them on and off the field, even the way they spit.

“My dad’s best friend and teammate for several years was Herb Gorman. He always told me to act properly and how important it was for me to grow up the right way. He was a sweetheart of a man.”

Last month I told readers about the tragedy of Herb Gorman and how his sudden death was the saddest occasion in Jewish baseball history. 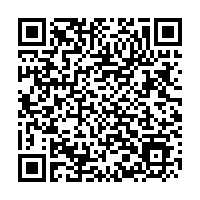