I knew it wasn’t the right attitude to have but Tisha B’Av 30 years ago was one of the happiest days of my life.

With twin four-month-old baby daughters I couldn’t go to shul to hear Megillat Eichah, so I sat on the floor of our home in London and read it to myself, with tears rolling down my face. But these were tears of happiness. I knew that within 48 hours I would be living a short distance from the Kotel, the remaining wall of the Second Temple that had been closest to the Kodesh Kadashim.


For me it wasn’t so much about making aliyah, but rather about finally going home. My husband and I had met in Israel while I was already living in Jerusalem, having made aliyah two years prior. But he was still in yeshiva in London training to be a kehillah rav, and I knew that he wanted to give back to the community the skills for which he had been trained. When we got engaged, I realized it meant returning to England for several years.

I remember the tears I shed at the time as I packed my bags. My friends all thought I was crying with happiness at having gotten engaged, and it would have been very ungracious of me to disillusion them. Of course I was very happy for having found my bashert. I was in love and I had no doubt I was doing the right thing – but my tears were tears of sorrow at having to leave Eretz Yisrael.

I was determined that, having decided to live in England temporarily, I was not going to be a nag or a drag. We both wanted to make our eventual home in Israel, and until then I would be a true ezer kenegdo and help my husband succeed as the rav of a London kehillah. I never mentioned wanting to go back to Israel, for that was a given. But one thing I requested was to not go to Israel for a visit, as I knew that leaving again would be too painful.

We bought a house (having property to sell when we left could only be to our advantage) but no new furniture. We managed with secondhand items. And during the ensuing 10 years my husband was a popular and successful rav, as the level of the community’s commitment to Judaism rose and many young people, with his help, became more religious and went on to study in yeshiva – with some learning in Israel.

Five of our children were born during this time and we decided that we would return to Israel before the oldest was at an age where the language transition from English to Ivrit would hold him back in school.

As he approached his eighth birthday, which we had more or less decided would be the time to make aliyah, hashgachah pratis rushed to our aid. The Zionist Society of our community had invited an Israeli shaliach to give a talk about aliyah possibilities. My husband asked him what he would suggest to a rabbi who wanted to make aliyah, but who didn’t want to work as a community rabbi in Israel. Although we had no hesitation about returning to live in Israel, with five young children we were a bit worried about making a parnassah.

The shaliach said this to him: “If I can find you an apartment in Jerusalem, virtually rent-free, would you make aliyah and look for work when you get there?” The offer was too good to refuse. With a $10 a month rental fee, the pressure to find work would be greatly reduced and we doubted we would ever find better conditions. And an apartment in Jerusalem was a dream-come-true; we’d have settled for one anywhere in Israel.

We called the shaliach in his office the next day for more details. “This is a special scheme for large families who don’t need an absorption center,” he said. “If an apartment becomes available you’d have to be prepared to leave within a very short time. We could give you no more than a month and then it would be offered to another family.” We agreed. 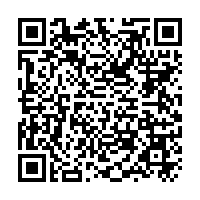