All of us who were old enough at the time remember where we were on November 22, 1963, when we heard the news that President Kennedy had been assassinated.

That day and the days of mourning that followed are ingrained in our minds. The recent 50th anniversary of the assassination brought us back half a century. President Kennedy was better looking than most Hollywood leading men, and his wife, Jacqueline, and their two children captivated many around the world.


During the baseball season of 1963, Sandy Koufax provided Jewish fans with a sense of pride and accomplishment as he dominated National League batters.

In May he pitched a no-hitter against the San Francisco Giants and on July 3, he tied a Dodgers team record by pitching his seventh shutout of the season. Koufax ended the season with 11 shutouts, 25 victories, 306 strikeouts and a 1.88 ERA to lead both leagues in the aforementioned categories. Koufax also dominated the World Series as he won two games against the Yankees. He went the distance twice and struck out 23 in 18 innings and posted a 1.50 ERA.

In that summer of ’63, the baseball world was also watching the activities of 42-year-old Stan Musial, who was winding down his Hall of Fame career.

Musial, who had an unusual pretzel-like batting stance, ended his career with a .331 lifetime average and 475 home runs, and he had 17 seasons in which he hit .310 or better. He won seven batting titles. Musial topped the 20-home run mark ten times and in six of those seasons he topped the 30 plateau. He’d served in the Navy in 1945 and thus missed out on a chance to reach 500 career home runs.

A role model off the field as well, Musial married his high school sweetheart and they were a team until the end. Musial stayed in St. Louis and was the general manager in 1967 when the Cardinals defeated Boston to win the World Series.

As a player with the Cardinals in the early 1940s, Musial played in the only ballpark (Sportsmans Park) that restricted black fans to the right field bleachers. There were several racists among his teammates and one, Enos Slaughter, was rumored to have been involved with the Ku Klux Klan.

When Jackie Robinson broke in with the Dodgers in 1947, he was subjected to racial taunts from the St. Louis dugout. Musial went over to Robinson and told him, “I want you to know that I’m not like many of the other guys on my team.”

Ten years after Robinson’s major league debut, there was still an invisible wall dividing black and white players. At the 1957 All-Star Game in St. Louis, players were passing time playing cards before batting practice. Hank Aaron, Willie Mays and Frank Robinson were off to one side a distance away from the white stars and Musial came over and said, “Deal me in, guys.” White players couldn’t help but notice what the great Stan “The Man” Musial did and how he treated everyone

An outstanding player and a true gentleman, he was presented the Presidential Medal of Freedom by President Obama at the White House in 2011.

His harmonica rendition of “Take Me Out to the Ballgame” at Hall of Fame induction ceremonies was something to see and hear. 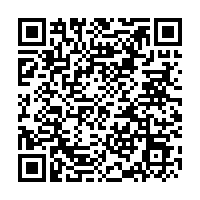