Sometimes, especially in the most conspicuously urgent matters of life and death, truth may emerge through paradox. Consider, for example, the work of Jorge Luis Borges. In one of his most illuminating parables, the Argentine writer, who once wished openly that he had been born a Jew, examines the surprisingly sober calculations of a condemned man.

In near desperation, this unfortunate soul, suddenly recalling that hopeful human expectations rarely coincide with reality (Eureka!), very consciously imagines and re-imagines the precise circumstances of his own impending death.


The man’s dour reasoning is quite simple and, as we shall soon see, more broadly instructive. Because these circumstances have become expectations, he calculates, death will have to wait for another opportunity. For now, thanks to both reason and intellect, his personal mortality can (at least temporarily) be pushed aside.

Here, Borges illustrates, by employing both savvy indirection and subtle inference, the improbable benefits of intentionally negative thought. Oddly, perhaps, but not incorrectly, he leads us to understand, in certain identifiable contexts, that nothing can sometimes be more life-extending than extreme pessimism.

Although counter-intuitive, such plainly neglected or discarded forms of understanding can have strategic and geo-political corollaries. Today, in the Middle East, Israel – arguably the ill-fated individual person writ large – understandably refuses to typify this trembling character of Borges. To be sure, (1) Israel ought not actively seek a conspicuously unheroic or fearful posture in world politics; and (2) Israel ought not to assume that it has in any fashion been “condemned to death,” either literally, or metaphorically.

These perils are not “merely” the visible threat from a steadily nuclearizing Iran, but also the result of important interactions or synergies between several seemingly discrete dangers. Understood in narrowly military parlance, over time the combined effect of rocket attacks from Gaza and/or Lebanon, together with Iranian nuclearization, could create a uniquely debilitating “force multiplier.” Left unimpeded, Israel’s resultant position of vulnerabilities could bring it face-to-face with unprecedented harms.

For states, as for individuals, fear and reality go together naturally. With this apparently odd fusion in its collective “mind,” Israel should soon begin to imagine itself, assertively, and also as the ingathered and promised post-Holocaust Jewish community, to be fully mortal. Then, and only then, could Israel’s leaders effectively undertake the specific political and military policies needed to secure the beleaguered state from myriad assaults, and ultimately, from irreversible surrenders and assorted further capitulations.

Viscerally, any such strange advice, especially where it is drawn from an unfamiliar and essentially arcane literature, will appear foolish or even cowardly to most Israelis. After all, they will argue, death fear is corrosive. And anxiety? Don’t we rightly understand that any such species of fear is inevitably a grave and darkly unforgivable expression of weakness?

What possible advantages, all would surely then inquire, can there be to deliberately nurturing any thoughts of national fear and trembling? This particular suggestion, Israelis will say candidly, must be meshugga (crazy).

Sometimes, however, truth may emerge through irony. Reassuring imaginations of collective immortality, imaginations that are likely encouraged and conjured up by a usual policy architecture of contrived hopes and false dawns, can only discourage sorely needed Israeli steps toward safety. Even in those expanding circles of enlightenment, where there is (thankfully) no longer any faith in the wholly one-sided and delusionary “peace process,” many Israelis will still instinctually resist any potentially useful portents of national annihilation.

In world politics, some expectations are pretty much universal. As with most of its enemies, Israel conveniently imagines for itself, a life everlasting. Unlike these enemies, however, Israel does not ever see itself achieving immortality, either individually or collectively, via the ritually “sacred” murder of foes – that is, through war and terror. Instead, it sees its survival as the permanent but complex product of several factors, most apparently divine protection, well-reasoned diplomatic settlements and prudent military planning. 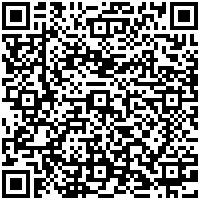