Every pack of Topps baseball cards I opened as kid seemed to have an Ed Mayer card in it. It wasn’t what I was hoping to find. I wanted cards of superstars like Mickey Mantle, Ted Williams, Stan Musial, or those from my favorite team, the Detroit Tigers.

But I always seemed to end up with, what they call in card-collecting circles, “commons.” To me, Ed Mayer was even less than a common.


Had I known he was Jewish, though, perhaps I would have viewed him differently. Ed Mayer was born in San Francisco on November 30, 1931, to a father who was born in Hong Kong, the son of Romanian Jews, and a mother from Pennsylvania who moved to San Francisco. Like most American kids, Ed grew up loving baseball. His father played high school ball on the same team with Joe DiMaggio and passed along many stories.

Ed graduated high school in 1950 and attended the University of California-Berkley and played on its baseball team for two years. He joined a fraternity, but when his frat brothers found out he was Jewish, he was asked to leave. Ed opted to join the Jewish fraternity on campus.

The Boston Red Sox liked the 6-2 left-handed pitcher and offered him a contract in their minor league system. Mayer turned pro in 1952 and pitched for several minor league teams over the next six years, the last with the top minor league clubs in the St. Louis Cardinals chain before being traded to the Chicago Cubs.

The Cubs sent him to their Fort Worth affiliate where he was converted from a starting pitcher to a reliever. Mayer made his big league debut for the Cubs on September 15, 1957, in Wrigley Field. It wasn’t a good start for the relief pitcher as the San Francisco Giants tagged him for five runs in one inning, including a home run by Willie Mays. Mayer did better in the waning days of the season and ended 1957 with no decisions and an earned run average of 5.87.

During spring training in 1958, Mayer had another taste of anti-Semitism. The team was invited to a country club, but two players weren’t invited. The club barred Jews and blacks so Mayer and superstar shortstop Ernie Banks stayed behind.

A strong spring showing on the baseball field earned Mayer a ticket to the north side of Chicago for the ’58 season. Ed won his first big league game in April and ended the season winning and losing two games. The last win was over Sandy Koufax and the Los Angeles Dodgers.  Mayer improved his ERA over the previous season to 3.80.  His career numbers for 31 and a third innings over 22 games was a not-so-good 4.31 ERA.

Mayer spent the next two seasons in the minors before returning home to San Francisco and back to college. Ed earned a teaching degree and taught elementary school for 25 years, from 1967 to 1992.  He proudly looked back on his time in the major leagues with the Cubs, and had a 64-59 record in eight minor league seasons, including posting a 17-8 record for the 1953 and 1954 seasons.

In 2014, Ed Mayer threw out the ceremonial first pitch in Wrigley Field and had a license plate that read “old Cub.” He was a collector of memorabilia and had a cap that read Cubs in Hebrew. Mayer, the father of three children, had several other interests including bird-watching, crossword puzzles, song writing, poetry, and piano playing

He lived on the other side of the Golden Gate Bridge in Corte Madera, California, and died of cancer at 84 on December 29, 2015.

The Ed Mayer Topps card may have been a “common,” but Ed Mayer certainly wasn’t a common man. 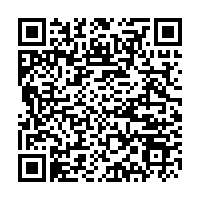