For several weeks, the Israeli defense establishment has identified Iranian activity and preparations for a response to the IDF attack on the T-4 base in April, in which seven Iranians were killed. Over the past few weeks, there have been a number of attacks on Iranian forces inside Syria for which Israel has only accepted responsibility this morning. “The Iranian capabilities were plundered over the past month, and they were dragged back after more than a month because of the activity we carried out during these weeks,” IDF Spokesperson Brig. Gen. Ronen Manlis explained.

The Iranian 20-volley revenge attack overnight Thursday was led by Qassem Suleimani, an Iranian senior military officer in the Islamic Revolutionary Guard Corps (IRGC) and since 1998 the commander of its Quds Force—a division primarily responsible for extraterritorial military and clandestine operations. It was the Quds Force, along with Shi’ite militias and Hezbollah experts, which carried out the early AM rocket attack from a special vehicle operating in the area to Kisma, some 25 miles from Damascus, an area which had attacked this week by the Israeli air force—allegedly.


According to IDF assessments prior to the attack, the weapon that was being fired was Iranian, the Fajr-5 missiles, long since positioned on Syrian soil, and in use in recent months. Israel is convinced that the Iranian operation was a failure. “They did not succeed in getting what they were aiming for,” said IDF Spokesperson Brig. Gen. Ronen Manlis,.

In practice, of the 20 rockets launched, not one exploded inside Israeli territory – four were intercepted by air defense systems and the rest fell in Syrian territory without causing Israeli casualties, civilian or military. Also, according to the IDF report Thursday, without causing any damage to the military outposts.

“This was the brazenness of Qassem Suleimani and the Quds Force, who have already paid a heavy price this night,” the IDF spokesman said.

According to Brigadier General Manlis, the overall operation deployed disruptive actions against a succession of ticking bombs, and in the end Israel succeeded in damaging the Iranians’ preparations for their much-promised, resounding revenge of their dead comrades. As it now turns out, the series of attacks against warehouses and arms shipments over the past month were IDF preventive action.

“We laid out correct defensive preparations and we have taken a number of aggressive actions in recent weeks,” the IDF spokesman explained.

In the context of the battle of the minds against Iran, Israeli security sources published sensitive information on Iranian activity, in order to signal to the Tehran regime that Israel has its finger on their pulse. The IDF prepared for this scenario and spoke about it publicly – on Sunday, the television news broadcasts opened with Israeli assessments of an Iranian attack plan identical to what was later carried out – firing at Israeli outposts and cooperation between Iranian forces, Shiite militias, and Hezbollah experts.

Israel only waited for such an opportunity, and in response to Iranian activity, dozens of targets on Syrian soil were attacked tonight, with Russian President Vladimir Putin updated in advance. The IDF called this attack one of the most extensive operations of its air force, eliminating the bulk of the Quds Force targets and pushing back Iranian consolidation hopes in Syria for months if not longer.

“We were preparing for this night, and the plan for what was going to be done was carried out as we wanted,” explained Brigadier General Manlis.

In addition to the large-scale Iranian attack Thursday, a large number of anti-aircraft missiles were fired from the Syrian army batteries, which were also attacked in response, and five Syrian surface-to-air missile batteries were destroyed.

“The Quds Force chose to act against Israel in the wrong arena,” the IDF spokesman said. “We are not prepared to accept the Iranians’ establishing a presence in the Syrian arena.” 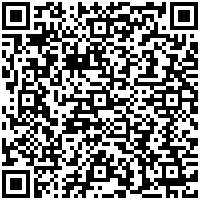