In my last column, I talked about my favorite player as a youngster (and as an oldster).

Walter “Hoot” Evers was born 100 years ago in 1921 in St. Louis. He grew up going to Western movies and following cowboy star Hoot Gibson; he saw all his movies at least once. His family and friends began to call him Hoot and the monicker stuck for the rest of his life. Evers reached the majors with the Tigers in 1946, the last season Hank Greenberg played for Detroit.


In 1950, when I started following baseball, Evers had his best season, batting .323, topping the .300 mark for the third time. It was downhill from there, but I stuck with him.

He was traded to the Boston Red Sox in 1952, sold to the New York Giants two years later, and, after 12 games in the National League, sold back to Detroit. Then it was on to Baltimore, Cleveland, and back to Baltimore where he ended his career in 1956 with a career .278 batting average.

I followed him through newspaper reports as he coached for Cleveland and became its director of minor league clubs and then was hired by Detroit to head its minor league system with the power to release and promote players. The Tigers won the World Series in 1968 but had an aging team by 1973. That year, the talk of the town was Hank Aaron getting closer and closer to Babe Ruth’s career home run record of 714.

In early 1973, Detroit had a weekly call-in sports talk radio program and most of the talk centered on Hank Aaron. But the host never mentioned that when Aaron would pass Ruth’s mark, he would have many more at-bats than Ruth had. I decided to call in and state the facts.

I chickened out twice. Finally, after three weeks, I called late in the program. The producer said there were a few callers ahead of me and I probably wouldn’t get on the air. “Fine,” I said, “I just want to give the host some statistics.”

A few minutes after the program ended, the host, Vince Doyle, the sportscaster for the station, was on the line and I shared my numbers and opinion. I was ready to say bye but then decided to ask, “By the way, who is your guest from the sports world on next Monday’s program?”

“Hoot Evers,” Doyle answered. “He’s in charge of the minor leagues for Tigers but most people don’t remember that he played for the Tigers.”

“Hoot Evers!” I exclaimed. “He was my all-time favorite player. I always tried to sit behind him in the lower left field seats. He wore uniform number 14.”

“Really,” Doyle responded. “Why don’t you come down to the station and introduce him on the air. It would be a nice touch to have a fan introduce his favorite player.” I agreed and wrote the introduction and read it on the air and sat in the studio watching and listening to the program.

Evers, 52 at the time, put on his gray hat and coat over his gray suit, and looked more like a banker than a former ballplayer. He told Doyle that his car was at the stadium about a mile away from the downtown studio and that he got a ride to the station. I offered him a ride back and he accepted.

We spoke about Roberto Clemente, the Pittsburgh Pirates superstar who was killed in a plane crash while on a mission of mercy taking medical and food provisions to victims of earthquake stricken Nicaragua a month earlier.

As I drove home, I realized that I enjoyed being on the radio and writing more than working at my government job in Detroit’s City Hall. I also realized that if I had not chickened out calling the radio station twice, this evening wouldn’t have been possible. It was possible only because I talked to the host after the show went off the air and had the time to ask, “By the way, who’s your guest next week?”

It wasn’t luck. It wasn’t a coincidence. Hashem opened the door for me to step into the baseball field. Now, I had to do my part. In the next column I’ll tell you the rest of the story. 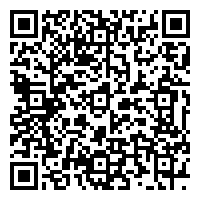