*This article was originally published in a slightly different form in 2009. Nothing has changed.

There is one sure-fire way of guaranteeing that Hamas will continue to employ terrorism against Israel and that other terrorist groups will increase the use of terrorism against civilians around the world. That sure-fire way is to reward the terrorists who employ this tactic and to punish their intended victims who try to fight back. This is one of the most important lessons to be learned from the recent events in Gaza, but it is not a new lesson. In 2002, in a book entitled Why Terrorism Works, I made a point that is even more relevant today than it was then:

“The real root cause of terrorism is that it is successful — terrorists have consistently benefited from their terrorist acts. Terrorism will persist as long as it continues to work for those who use it, as long as the international community rewards it, as it has been doing for the past thirty-five years.”


Hamas has been greatly rewarded by the international community, by human rights groups, by the media, by many academics and by millions of decent people for its indecent double war crime tactic of firing rockets at Israeli civilians from behind Palestinian human shields. Israel has been significantly punished for trying to protect its citizens from these rockets. Although Hamas suffered a significant military defeat at the hands of the IDF, it has gained a public relations bonanza. Its status in Europe has been enhanced, as it has at the United Nations and throughout the Arab street. It lost the battle on the ground in Gaza, but may have won the war in the hearts and minds of many decent, and many more indecent, people throughout the world. And it won this war with very little cost. Whether the death toll was 500-600, as Corriere della Sera suggested, or 1300 as Hamas has reported, dead civilians serve the interest of Hamas, which considers them martyrs. They do not belong on the cost side of the ledger, according to the bizarre death culture that Hamas perpetuates, but rather of the benefit side of the ledger.

So here, in simple terms, is the twelve-step program that Hamas and the international community should follow if it truly wants to see terrorism become the primary tactic used against democracies by those with perceived grievances.

Step 1: Use terrorism-rockets aimed at civilians, suicide bombings in pizza parlors and discothèques, bombs planted in school buses, shootings in classrooms… as widely as possible against your enemies, to the point where they have no option but respond militarily.

Step 2: Make sure that the terrorists and their weapons, rockets, explosives… are hidden among civilians in densely populated areas.

Step 3: When the inevitable attacks occur, employ human shields, the younger the better. Recruit them voluntarily, if possible, but commandeer them if necessary, even if they are babies or toddlers.

Step 4: Be certain that your terrorist fighters are wearing civilian clothing. Recruit as many women and teenage youngsters as possible to become terrorists.

Step 5: Be ready with video cameras and sympathetic journalists to videotape every single death and transmit the images as widely as possible to media outlets around the world.

Step 6: Recycle images of dead civilians, especially children, and move them from media to media, thus multiplying the number of apparently dead civilians.

Step 7: Be certain that sympathetic doctors and United Nations personnel overstate the number of civilians killed, counting every person under the age of 18 and every woman as a civilian, even if they are terrorists.

Step 8: Circulate totally false reports about civilian casualties and their location by, for example, claiming that numerous civilians were killed at a United Nations school when you know none of the dead were actually inside the school. You can be confident that the media will put your exaggerated reports on Page 1 and when the truth eventually comes out, after careful investigation days or weeks later, it will be buried in the back pages.

Step 9: Accuse the democracy of war crimes and bring cases against its leaders and soldiers in courts sympathetic to Hamas around the world. Bringing the lawsuits will create a presumption of guilt, even if the charges are dismissed months or years later.

Step 10: Schedule various United Nations “debates” at which tyrannical dictatorships from around the world line up at the podium to condemn Israel for crimes routinely committed by these dictatorships but not by Israel.

Step 11: Trot out the usual stable of reliable anti-Israel academics to flood newspapers and television shows with some of the worst drivel about international law, human rights and the laws of war — drivel that would earn students failing grades in any objective law school course on these subjects.

These twelve steps are for use by terrorist groups, nations, and organizations, such as the United Nations, that seem determined to encourage terrorism.

Now here are six steps for those democracies that would actually like to put an end to terrorist attacks against its civilians.

Step 1: Never, under any circumstances, reward an act of terrorism or a group that employs terrorism to achieve its goals.

Step 3: Never punish democracies that seek to prevent acts of terrorism against their civilians especially when the terrorists hide among their own civilians in order to provoke democracies into killing civilians.

Step 4: Never allow human rights, international organizations or war crime tribunals to be hijacked by the supporters or terrorism and the enemies of democracy to punish only those who seek to protect their civilians against terrorism. This is especially true when the democracies have been patient in responding and have no reasonable alternative course other than military self-defense.

Step 5: Never manipulate the emotions of decent people by showing only the human shields who have been killed by military self-defense actions of the democracies, without explaining that it was the terrorists who caused these deaths.

Step 6: Make certain that the cause espoused by the terrorists is set back by every act of terrorism.

“Not only must terrorism never be rewarded, the cause of those who employ it must be made — and must be seen to be made — worse off as a result of the terrorism than it would have been without it. The manner by which calculating terrorists define and calibrate the cost and benefits may be different from the way common criminals decide whether to rob, cheat, or bully, but society’s response must be based on similar considerations. Those who employ terrorism have their own criteria for evaluating success and failure, and in implementing the immutable principle that those who employ terrorism must be worse off for having resorted to this tactic, we must make them worse off by their own criteria.”

The international community, by and large, has been doing the opposite. The message it has been sending has been: keep it up. It will only help your terrorist cause and hurt your democratic enemy. No wonder Hamas, and other terrorist groups, regard their war crimes tactic as a win-win for terrorism and a lose-lose for democracy. 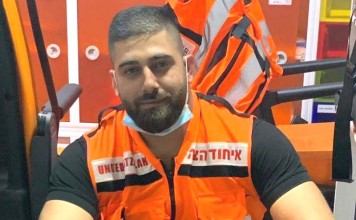 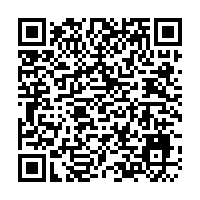