It’s been 30 years since Billy Martin was tragically killed in 1989. He was a passenger in a small truck that slid off an icy road near his Binghamton, NY home. Martin, 61 at the time, and the driver, a good pal of his who owned a bar in Detroit (a pop-up away from Tiger Stadium), were returning from an afternoon punctuated by drinking in celebration of December 25.

I saw Martin’s drinking buddy in the 1980s as he walked by my Tiger Stadium office to visit a stadium employee who was on his way to becoming an alcoholic. They traded tall tales and free bar drinks for tickets to Tigers games. Every time I saw the bar owner, I thought of Billy Martin.


Martin broke into the major leagues with the New York Yankees in 1950, the same year I started following baseball as a youngster in Detroit. I followed Martin’s career as he played second base for the Yankees and was then traded to Kansas City in 1957. From 1958 through 1961, Martin dreidled around to Detroit, Cleveland, Cincinnati, Milwaukee, and Minnesota.

A career .257 hitter, Martin stayed with the Minnesota organization out of uniform as a scout for the next three years, before moving up the ladder as a coach and manager. After managing the top minor league team for the Twins, Martin was promoted to manage in the majors.

The fiery Martin also skippered in Detroit, Oakland, and Texas, but is best remembered for managing the Yankees – despite being fired several times by bossy owner George Steinbrenner.

I encountered Martin on several occasions while on the baseball beat in the 1970s and 1980s. Hours before a night game in Detroit, I walked by the locker room housing the Yankees. Yogi Berra, then coaching for Martin, headed towards me. “Billy wants to see you,” Yogi said, pointing to where manager Martin was sitting on a stool holding up a copy of the monthly publication I headed at the time.

Martin shared with me his negative opinion of the front-page article predicting a Yankee trade involving popular pitcher Sparky Lyle, adding a few choice four-letter words before tossing the paper on the floor.

I headed out the clubhouse door without having said a word from the time I walked in to the time I walked out. I thought about Martin as I headed to the press box. He looked gaunt and nervous. A couple of New York writers informed me that his second marriage was breaking up and that he had a severe drinking problem that was compounded by having George Steinbrenner as a boss. There were Martin and Steinbrenner stories every few days during that 1978 season.

Sparky Lyle did end up being traded, and insiders wondered if Martin could weather his personal trials.

I talked to Martin a couple of times in the mid and latter 1980s when I worked for the Detroit Tigers, and found him to be a great person to deal with. He treated employees in other organizations with dignity and respect, from the lowest on up. He called me “Sir.”

He could be fiery on the field and with the press, but he had a soft side, too. He may have been two-sided, but he was one of a kind.

Talking about New York managers, I was surprised that the Mets opted for the recently-retired Carlos Beltran from the playing field. I’m not a fan of hiring a manager just because he was a great player and popular with teammates. Give me someone who’s been a coach or managed in the minor leagues, like Billy Martin did. The lifers who have worked their way up the managerial ladder for years in the minor leagues, hoping for a shot at managing in the majors, are very disheartened.

My biggest memory of the new Mets manager comes from 20 years ago, in 1999, when Beltran was a rookie with the Kansas City Royals. Beltran struck out for the final out in the final game at Tiger Stadium.

Todd Jones pitched the final inning for the Tigers and has some memorabilia from that memorable evening, including his spikes and glove. Four years later, while he was pitching for the Colorado Rockies, coach Jamie Quirk, who played for Kansas City in 1999, told Jones he had the bat that Beltran used while facing Jones in that storied at-bat.

Jones offered Quirk $5,000 for the bat, but Quirk refused any amount of money and gave Jones the bat for free. However, when the Rockies reached New York on a road trip, Jones took Quirk to a fancy clothing store and bought him some suits.

It will be interesting to follow the Mets this season and see how Beltran suits Mets fans and players. 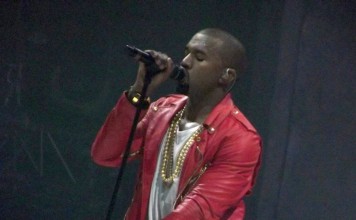 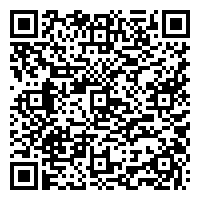