Shimmy moved into a new apartment and needed four bookcases for his sefarim. He went with his wife to a large furniture store and ordered bookcases that were on sale for $499 each.

When the bookcases arrived at his home, he built them and arranged his sefarim on their shelves. A week later, Shimmy was browsing online and noticed that the store was now selling the very same bookcases at an amazing sale price of $299.


“What a waste that I bought the bookcases last week!” he exclaimed. “I could have ordered them now for almost half the price and saved myself $800!”

“What’s done is done,” his wife said. “You already assembled the bookcases, so you can’t return them to the store.”

Shimmy spoke with his friend, Levi, later that day and incidentally mentioned his frustration with what happened.

“There’s a way to save yourself the money,” said Levi. “You could order new bookcases and then return them with the old, expensive receipt. It’s still within the 30-day return period. No one will know.”

“But that wouldn’t be honest,” argued Shimmy. “I’m not returning the bookcases associated with the initial receipt.”

“Who cares?” replied Levi. “Either way you’re returning bookcases to the store. Why should it make a difference whether they match the receipt?

Shimmy mentioned the idea to his wife. “This seems outright deceitful!” she declared.

“I also don’t feel comfortable with the idea,” said Shimmy, “but logically I can’t see what’s wrong with it.”

He decided to ask Rabbi Dayan. After hearing the question, Rabbi Dayan replied:

“Most return policies allow returning only unused items. When you acquire bookcases and assemble them, you may no longer return them. Hence, returning the new bookcases in the guise of the original ones with the original receipt would be geneivas da’as and cheating the store, which is not allowed even when the store is not owned by a Jew. [Choshen Mishpat 348:2; 228:6]

“Moreover, it’s possible that the second order is itself ona’as devarim and geneivas da’as since you have no interest in actually purchasing more bookcases from the store. You are also wasting its employees’ time as they have to process your order. [Choshen Mishpat 228:4]

“This ploy might in theory be permitted,” Rabbi Dayan continued, “if the store has an unconditional, no-questions-asked return policy, which allows returning items even after using them. In that case, you may possibly return the original bookcases that you already assembled, and order new ones for the cheaper price. Ordering new bookcases and returning them with the initial receipt is better for the store since it can still sell them, so this “ploy” helps the store, rather than harming it.

“Even in this case, though, it wouldn’t be completely ethical, since the unconditional guarantee is primarily intended to address product satisfaction, not future prices.” 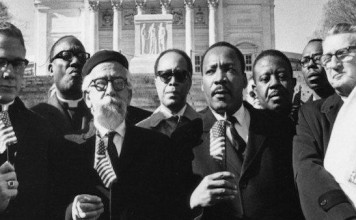 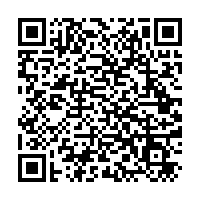