There was lots of exciting opening day action in the All Star Israel Softball League, as fans were treated to two tight pitchers’ duels and two big slugfests.

In the season premier, perennial contender Jerry’s Kids had veteran pitcher Abba Stein on the mound, and he allowed only a solitary run against newcomers Lakewood Heimishe Bake Shoppe – but that run was enough for a win, as rookie phenom Dovi Fass fired a complete game shut-out. Yisrael Guttman broke the scoreless tie with an RBI triple in the fifth, and great defense locked down the 1-0 win for Lakewood Heimishe Bake Shoppe.


In another defensive classic, Bagelsbergs and Torah Tidbits each looked perfect on the mound and in the field, before Bagelsberg’s three-sport star Yisrael Feld and Jacob Kellner hit a pair of solo home runs in the last three innings. Pitcher A.J Fuchs earned the victory, getting out of several Torah Tidbits threats in the final few frames.

Lobos launched their campaign to recapture the title by breaking open a close game with the Brooklyn Lightning.  Last season’s runner-up, Lobos took a tense 4-2 lead into the sixth inning, then knocked in five runs, followed by a parade of eight more in the seventh, for a 17-4 final.

In the nightcap, reigning champs Café Rimon began their title defense in typical fashion, combining consistency, power, and crafty pitching for a convincing victory over Janglo. Captain Nussi Jacobovitch looked to add his name to those of his dynastic brothers on the Holyland Series Trophy, powering his team with clutch hitting, as Rimon scored in every inning but one, while star pitcher Yaacov Ehrlich allowed only one run, for the win.

For Standings, Scores, News and Schedules go to www.israelsoftball.com. 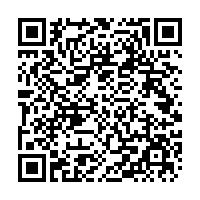