Soon after the Methodist Church had decided not to support divestments from Israel,  Canada’s largest Protestant denomination is calling for a boycott of goods produced in “illegal” Israeli settlements, including East Jerusalem.

In a 26-page report released May 1, the United Church of Canada calls for an economic boycott of Israel focused exclusively on settlement products. The reports calls for “a church-wide campaign of economic action directed against one or more settlement products that can be identified as produced in or related to the settlements or the occupied territories.”


The Church seeks “a focused boycott of products that are being created illegally,” said Very Rev. David Giuliano, a former moderator, or head, of the United Church, who chaired the three-member working group that wrote the report.

“To buy settlement products is the same as buying stolen goods; in other words, benefiting from the crime,” Giuliano said. He added,  however that, “this is not a call for a boycott of Israel or Israeli products.”

The report arises from a 12-day visit to Israel in February, 2011. The working group met with representatives of Palestinian, Israeli,  Christian, Muslim, and Jewish communities in Israel and Judea and Samaria.

The group concluded “foremost” that the first step to peace is to end Israel’s occupation of territories captured in the 1967 Six-Day War,  including Judea and Samaria, East Jerusalem and the Golan Heights.

“Simply put, Israel is maintaining a harsh occupation that must end so peace can emerge,” the report states. “The occupation is damaging both Palestinians and Israelis. The occupation is being implemented by a democratic country and sustained and supported by Western governments, including Canada’s.”

The Church advises against using the term “apartheid” when applied to Israel.

“The charge of apartheid applied to Israel shuts down conversation, disempowers those who desire and work for change in Israel, and does more to harm than to help the potential for successful peace negotiations.”

The report will be considered by the Church’s General Council, which meets in Ottawa in August. Until then, the report is not Church policy.

Shimon Fogel, CEO of the Centre for Israel and Jewish Affairs, on Tuesday told the National Post newspaper that the United Church has been hijacked by a small group of anti-Israel activists who do not speak for the whole denomination.

“Israel has become an obsession for a small vocal group,” said Fogel. “I think frankly it betrays the sensibilities of the vast majority of ordinary members of the United Church.” 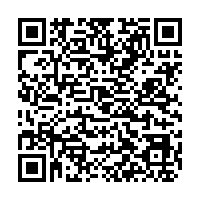