Harwell, who voiced baseball for the Brooklyn Dodgers, New York Giants, Baltimore Orioles and Detroit Tigers, died in May at 92. Sheppard, who became the voice of Yankee Stadium in 1951, was almost when his voice fell silent in July. Steinbrenner, who had great timing, turned 80 on the Fourth of July and died nine days later on the eve of the All-Star Game.

Houk was 90 when he died last month and would have made the most interesting book. Each was worthy of separate columns and maybe over the course of time we’ll do just that. For now, though, a few memories.

Last November at the Yankees fantasy camp in Tampa, Florida, Paul Olden, who replaced Sheppard as the voice of Yankee Stadium, asked me for Harwell’s phone number. Besides catching up with Ernie, who was told by doctors he had only a few months to live, Olden wanted to arrange a conversation with the two iconic voices of Harwell and Sheppard. I called Ernie to see if was okay with him. It was and the conversations took place more than once.

Steinbrenner’s group bought the Yankees early in 1973. The Yankees had drawn fewer than a million fans in 1972 for the first time since the war year of 1945. It didn’t take long, however, for Steinbrenner to turn the franchise around and make it a baseball and financial powerhouse.

The first time I met Steinbrenner was during spring training in 1976 when the Yankees were based in Ft. Lauderdale. I was the head of a national baseball monthly at the time and picked up press credentials for the field, dugout, clubhouse and press box from public relations man Marty Appel.

As I left Marty’s office trailer, I spotted the Yankees principal owner and his manager Billy Martin. I introduced myself and had a lengthy chat with both New York media stars. The following year I saw Steinbrenner at the All-Star Game festivities in New York and again in 1985 in Detroit.

Steinbrenner came to my town for a dinner honoring his friend Jim Campbell, a longtime Tigers executive who rose to the presidency of the club and was my big boss at the time. Steinbrenner was relaxed and jovial when he was with me. “Irwin,” he said, “I’m not such a bad guy like the press says. I operate by the Golden Rule. And since I have the gold, I make the rules.”

Steinbrenner changed the rules of the game. His group paid less than $10 million for the franchise, with Steinbrenner depositing only $100,000 of his own money into the Yankee pot when the group bought the club and had less than a half stake in ownership, but by the time everything was signed, he was principal owner and called the shots.

At the time of his passing from baseball’s bimah, the Yankees were worth well over a billion dollars. He created the highly profitable Yankees Entertainment and Sports Network (YES) and kept ratings high by signing the best available players regardless of the cost and blowing his top at opportune times.

He was bullish, bombastic and charitable. Besides being famous for firing people, he also made some gutsy hires. One of them, Suzyn Waldman, who is part of the Yankees play-by-play team, knows more about baseball than most men who populate the broadcast booths. But what other owner would have hired her?

Outside of family, winning was the most important thing to him. The Steinbrenner-built Yankees organization should keep on winning – and it will do so in The House that George Built.

Ralph Houk was my favorite manager. He began managing the Tigers in 1974, the first year I started my baseball writing career. He sort of adopted me and we had long chats in the Tigers dugout prior to most Sunday home games.

Houk came up to the Yankees in 1947. “I never saw a big league ballpark before I came up to the majors,” he recalled as we sat in the dugout with the tape recorder running. “Before the season we played the Brooklyn Dodgers a set of three exhibition games. The first game was in Brooklyn’s Ebbets Field. I couldn’t believe it. It had two decks. I was amazed. I was in awe. I thought the people in the upper deck would fall out. The next day we played in Yankee Stadium and I was really amazed as it had three decks and held more than twice as many people as Ebbets Field did.”

Two years earlier Houk didn’t know if he would ever see a big league ballpark. He led several dangerous missions during World War II. On one, he brought back nine prisoners of war. On another, he brought back his helmet with a bullet hole but wasn’t seriously injured.

He rose to the rank of major (the nickname he would carry throughout his baseball career). Because of his bravery and service during the war, Houk was awarded the Purple Heart, Bronze Star and Silver Star.

The Major took over the Yankee managerial reigns from Casey Stengel after having served as the club’s third base coach. He managed the ’61 Yanks of Mantle and Maris to a championship and eventually moved up to vice president and general manager. He went back to managing the Yankees in the mid-1960s, but the club was in a state of deterioration in those years under the ownership of CBS and suffered one disappointing season after another.

Houk left the Yankees after Steinbrenner’s first year as owner, wary of his overbearing ways. The Major came to Detroit to manage the Tigers, a team in transition. It was Al Kaline’s last season and Houk would preside over the departure of many the 1968 World Series heroes. Under his patient service, young stars like Mark Fidrych, Alan Trammell, Lou Whitaker and Kirk Gibson made the big leagues.

Houk confided in me during those dugout chats. One example came early in the 1977 season. Slugger Willie Horton was taking batting practice and Houk said, “He used to hit them in the second deck and now most of the time he’s just clearing the fence in the lower deck. It’s time to trade him before the scouts catch on.”

That was Horton’s last day in a Tigers uniform as a player.

Whatever uniform the Major wore, he had the respect of those around him.

Irwin Cohen, the author of seven books, headed a national baseball publication before earning a World Series ring in a front office position. Cohen, who is the president of the Detroit area’s Agudah shul, may be reached in his dugout at irdav@sbcglobal.net. 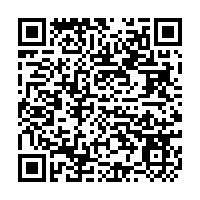