Shmuli Goldis doesn’t care if you throw him a fastball or a curveball.

“You give me a pitch, I’m gonna hit it,” he says with a laugh. “Speed doesn’t make a difference to me. And if you make me look bad once, I’m gonna get you the next time.”


The captain and shortstop of Yeshiva University’s baseball team looked pretty good, setting the school record for batting average two years ago, with a .400 mark. The senior said it was one of the proudest moments of his life. This season, he hit .365. With the men’s basketball team making headlines, the 23-year-old said he’s hoping the baseball team can eventually do the same, though this season was rough.

The Maccabees lost their first 10 games, and some were blowouts.

“It’s very tough to lose,” he said. “I like to win. We haven’t had the best record in my career here. But you have to find the positives in life. Sometimes you’re gonna lose but you push forward and the wins are sweeter.”

The Hollywood, Florida, native graduated with a degree in political science. He said said the notion of baseballs coming at his head at high speeds is nothing compared to the bullets that flew over his head as a member of the Israeli Defense Forces during Operation Protective Edge, four years ago.

“There were a bunch of times when I came out afterward, cause I didn’t think about while I was in it, where you think to yourself ‘wow, I probably should have died,’” he said. “Getting shot at is tough to describe. In the moment, you revert back to your training. You do what you were taught to do. You don’t really think about it. You just react. You hear the crack of the shot. You feel the bullet whistle by. You see the muzzle flash. You just go into a different mode.”

He said he was shot at by snipers and on one occasion, a road was blown up by anti-tank explosives.

“When you have asphalt raining down on your head, it’s a different feeling,” Goldis said. ‘It’s next-level.”

The paratrooper was in a battalion that dealt with explosives. He said he blew up two tunnels that Hamas was using. As for his decision to volunteer for the IDF, he said it was never a question of whether or not he would do it, but only a question of when.

Goldis said he had a 3.6 grade-point-average and will attend New York Law School in the fall. He said he gets upset watching the news when Israeli soldiers are sometimes portrayed as men who make a practice of purposely targeting civilians.

“It’s ridiculous,” he said. “People should see what really goes on. In Gaza, we had civilians who would come and surrender to us and say ‘take me to Israel. We hate it here.’”

He also said people should not paint all Palestinians as people who want to wage war.

“You can’t generalize,” he said. “The ones who kill are bad. The civilians, I feel terribly for them. All they want to do is live their lives. They want to go to school. They want to live peacefully. Hamas forces kids into doing things they don’t want to do.”

Goldis said that being in combat made him not sweat the small stuff. He said his attitude is to attack with a passion, from getting up at 5 a.m. to go to the gym, or hitting the books for an all-nighter. He said he remains positive about everything, even with the poor season of the Miami Marlins. A die-hard fan, he said this winter was the toughest when Derek Jeter and company traded the best outfield in baseball away “and got pennies on the dollar.” He said he will stick with team no matter what and will trust in the rebuilding process.

Goldis credits his mother for giving him baseball fever because she got him a whiffle bat and a scrunchy ball and pitched to him in the hallway when he was little. The YU team won four games and Goldis led the team with 27 hits and 16 stolen bases. It was his dream to play NCAA baseball and he said he takes pride in showing that Jews can compete, something the university has shown with other teams, including the men’s tennis team, which made the NCAA Division III Tournament for the fifth year in a row.

Goldis said his philosophy about life is pretty simple.

“It’s in God’s hands, so I have nothing to be nervous about,” he said.

He added that when he steps onto the baseball field, he remembers what happened on the battlefield.

“Every single game, every single at bat, I dedicated to the 68 Jewish souls we lost in Gaza that year,” he said.

WARNING: Not for the Weak at Heart! 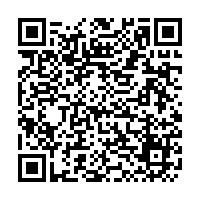