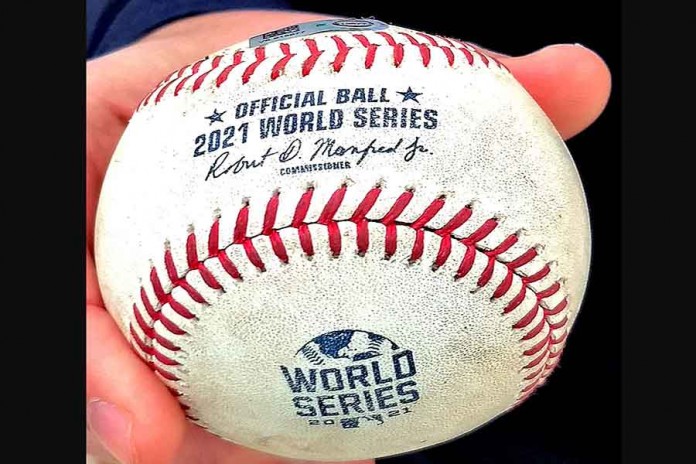 Since the beginning of baseball, there have been fewer than 300 Jewish ballplayers in the major leagues. This year, a record number of ballplayers who identify as Jewish played in last month’s World Series between the Houston Astros and the Atlanta Braves, in which the Braves emerged victorious.

“This was the first time there have been three Jews in the World Series,” Josh Rawitch, president of the National Baseball Hall of Fame and Museum told The Jewish Press.


Max Fried, 27, a left-handed pitcher for the Atlanta Braves, was born in Santa Monica, Calif. He is the middle son of Carrie and Jonathan Fried. In 2009, at age 15, Fried was a member of the 2009 Maccabiah Games Team USA Juniors baseball team that won a gold medal in Israel. In 2011, he was named the 2011 Southern California Jewish Sports Hall of Fame Male High School Athlete of the Year.

When Montclair Prep cut its baseball team after his junior year, Fried transferred to Harvard-Westlake School in Los Angeles, where he wore uniform #32 in honor of Sandy Koufax. He now wears uniform #54.

Fried has played for the Atlanta Braves since 2017 and amassed a pitching record of 40 wins, 18 losses, with an earned run average of 3.34. He has struck out 447 batters. Fried was one-year-old the last time the Braves won a World Series.

“Max was only one of two (pitchers) who has ever won a World Series, alongside Sandy Koufax. It was a pretty special day for Jews all around the world,” Rawitch, who is Jewish, said.

In the final game of the World Series, Game Six, Houston’s second batter of the game, Michael Brantley, stomped on Fried’s right ankle with his rubber cleat as the pitcher ran over from the mound to cover first base when Brantley hit a slow grounder fielded by first baseman Freddie Freeman.

“It didn’t feel good, but at that point, it’s the World Series, Fried said at a news conference after the game, as reported by the Associated Press. “You just got to figure out how to get through,” he said. “It was more of it got tight, but it was never any shooting pain or anything too severe or uncomfortable.”

Fried’s cleat that got stomped on is now part of a Hall of Fame exhibit honoring the World Series players.

Also on the Braves is Joc Pederson, 29, who has played all three outfield positions during his career. Pederson’s mother, Shelly, is Jewish. By virtue of his Jewish heritage, Pederson played for the Israel national baseball team in the qualifying rounds of the 2013 World Baseball Classic, the youngest player on the team at age 21.

The Israeli team has the same requirement as does Israel for automatic Israeli citizenship: that a person have at least one Jewish grandparent. Pederson’s mother provided the papers proving his Jewish heritage after obtaining them from the synagogue her father, Larry Cahn, attended.

Pederson batted second for Team Israel, and hit .308 with three steals. He started all three games of the qualifier in right field. During the first game, Pederson went 1-for-5 with two strikeouts, and left three runners on base. He went 2-for-4 with a run scored and a strikeout in the second game, also stealing a base. During the third and final game, Pederson went 1-for-4, scored two runs, walked twice, struck out, and stole a base.

Pederson’s father, Stu, played in eight games for the Los Angeles Dodgers in 1985. The younger Pederson, who bats and throws lefty, is a native of Palo Alto, Calif. He was signed by the Dodgers in the 11th round of the 2010 MLB draft out of Palo Alto High School.

The third Jewish-identifying ballplayer in the World Series, Alex Bregman, has a questionable Jewish heritage in that only his father is of Jewish heritage. Bregman’s mother’s maiden name is De Oliveira. In January 2020, Bregman became engaged to Reagan Howard, not Jewish, and they married in December of that year. They reside in Houston year-round.

The Jewish lineage comes from Bregman’s paternal side of his family tree. His grandfather, Stan Bregman, was the son of Russian-Jewish immigrants. He was general counsel for the Washington Senators from the late 1960s until the team moved to Texas in 1971 in a sale that he negotiated, and he helped the club sign Hall of Famer Ted Williams as the team’s general manager.

Bregman, who sports #2 on his uniform, is a shortstop and third baseman for the Houston Astros. Bregman bats and throws righty. He joined the Astros on July 25, 2016. Since then, he has established a batting average of .281, including 117 home runs and 397 runs batted in.

He started 2017 as the youngest member of Team USA, which won the gold medal in the 2017 World Baseball Classic and ended the season winning the 2017 World Series with the Astros. He was named MVP of the 2018 MLB All-Star Game, and led the American League in doubles in 2018.

The 27-year-old Bregman grew up in Albuquerque, NM, as a member of a Reform congregation, Congregation Albert, the longest continually operating synagogue in New Mexico.

In his bar mitzvah speech Bregman said, “I want to be a professional athlete who plays for the love of the game, never quits trying to give my best and is a good role model for all of the kids who look up to baseball players.”

Two members of the top staff at the National Baseball Hall of Fame are Jewish, including current President Josh Rawitch and Jon Shestakofsky, the vice president of communications and education at the Hall of Fame.

“Jeff Idelson, two past presidents ago, was also Jewish, and was a member of a congregation in Oneonta,” said Rawitch. “For me the role is really the role of a lifetime. I just moved here. I just got to Cooperstown and I’m just trying to figure out what all is involved in living in Cooperstown and the world that’s around us. Ultimately, I’m responsible for making sure the Hall of Fame runs well. It’s about a 100-person business and a non-profit and all the things that go into doing that.”

The Hall of Fame currently houses exhibits for Black ball players during the tenure of the Negro League as well as Women in Baseball, who showed dominance during World War II when men served in battle. In 2004, the National Baseball Hall of Fame prepared a retrospective “A Celebration of Jews in Baseball.”

“I think there are ways where we could recognize various Jewish people through the Hall of Fame,” Rawitch said. “There are various references, particularly during the early days of baseball. At the entrance to the 1800s exhibit it talks about an old Jewish player from way back in the day so I’m sure there are ways we can do that. This was my understanding when Fried faced Bregman and I think it was Game Two that there were two Jews who squared off in the World Series. We didn’t get any artifacts from that moment but we do have Fried’s shoes coming in here and that’s pretty special.”