Shawn Green didn’t provide the power the Mets were hoping for last season as he hit only 10 home runs in 446 at bats. His .291 batting average and .352 on-base percentage should, however, be good enough to get him another season in the bigs.

The 35-year-old lefthanded hitting Green has 328 career home runs, three behind Hank Greenberg’s 331, the highest ever for a Jewish player. Green also has 2,003 career hits, 128 behind infielder Buddy Myer’s 2,131 (compiled from 1925 through 1941, mostly with the Washington Senators), the most ever by a Jewish player. Greenberg had only 1,628 career hits, but the low number was due to missing almost five seasons (1941-1945) for military service.

The question is, do we consider Myer a Jew? His father was and his mother wasn’t. But there are those who claim Mrs. Myer may have converted when she married Buddy’s father. Buddy was pretty mum on the subject and as Casey Stengel used to say, “he’s dead at the present time.”

I’d put an asterisk on his Jewishness and give the Most Hits by a Jewish Player title to Shawn Green.

Back in June, I wrote about Adam Greenberg, who was hit in the head by the first pitch he ever saw – or almost saw – in his major league debut in 2005 as a member of the Chicago Cubs.

After recovering from the beaning, Greenberg tried to resume his career in the minor leagues while still experiencing vertigo. Greenberg’s road back to the majors was fairly smooth in 2007. The speedy 26-year-old center fielder played for Kansas City’s Texas League club, the Wichita Wranglers, two levels below the majors.

The 5-9, left-handed batter hit .266 with eight home runs and his smart baserunning accounted for 32 stolen bases. Those numbers, and the type of person Adam is, may be good enough for an invitation to try out for a higher minor league level next spring.

Sam Fuld will get a good shot at the center field position for the Cubs in spring training. He’s an Adam Greenberg-type player in that he bats from the left side, is not too big, doesn’t hit with much power, is good defensively, has good speed and doesn’t see walls as a barrier.

Wikipedia reports Fuld is Jewish, but further research reveals that unlike Greenberg, who has two Jewish parents, Sam has one – his father. Jewish or not, Fuld is the kind of player and person one likes to root for: he has diabetes and needs two insulin injections daily.

Fuld and Greenberg are hard workers who make the most of their talent. Let’s hope they get to patrol center field in the major leagues in 2008.

I don’t think Barry Bonds will be wearing a prison uniform as a result of his being charged with perjury and obstruction of justice after a lengthy government steroid investigation.

But it does look like Bonds will never again wear a major league uniform as a player. He was only 65 hits away from reaching the 3,000 mark and the Oakland A’s – who were preparing an offer for the slugger to improve their lineup and attendance figures – looked like the perfect fit.

The San Francisco Giants paid Bonds $19.3 million last season, but the 43-year-old Bonds would have settled for millions less in 2008 to become a designated hitter for the American League A’s while still being able to live in his Bay Area mansion. The A’s loved Bonds’s .480 on-base percentage (highest in baseball last season). That, of course, meant Bonds reached base either through a hit or walk in almost half his at-bats.

Now the A’s are afraid of signing Bonds, who might spend most of the 2008 season in court across the river while staring at the possibility of being sent up the river.

The Israel Baseball League has been hit hard by mass resignations. Former ambassador to Israel and Egypt Daniel Kurtzer, who served as commissioner of the IBL in its inaugural season, and others who worked for the league in various capacities have resigned.

Marty Appel, who handled public relations for the IBL, was one of the many members of the Advisory Board who resigned. In an e-mail, Appel summarized the reasons for the exodus:

“The resigning members were distressed that the league’s finances and business operations were not being handled in a more professional manner and, in particular, that the league was unwilling to provide relevant financial information concerning its operating results. They also noted significant staffing and other organizational problems that have beset the league since inception.”

Martin Abramowitz, creator of the popular Jewish Major Leaguers card sets (he also developed a set of IBL players) resigned as well, and like the others who did he commended league founder Larry Baras for bringing professional baseball to Israel.

“The IBL wouldn’t have happened without his vision and energy and idealism,” Abramowitz said. “I think this was a classic case of a start-up entrepreneur who left his advisers and critics behind, thinking he would fill in the details later, but not realizing he needed to bring us along and use us for whatever expertise and wisdom we offered.”

Personally, I feel the league might be better off operating with four teams instead of the six that played in 2007, and by using two fields instead of the three that were used last season, until the financial kinks and other problems are worked out.

It would be nice if IBL teams were privately owned as they are in pro ball here. What is also needed, of course, is to create more professional fields closer to communities like Beit Shemesh with large American populations.

Well, folks, I got my first non-baseball autograph recently. All my previous signatures had been baseball related – managers, players, broadcasters, and fellow press-boxers who wrote books.

Here’s how my first non-baseball related autograph came about. My area boasts the largest annual Jewish book fair in the country. Besides local authors like me, dozens of writers from around the world came to my town to take part. Alan Dershowitz, Rebbetzin Esther Jungreis, Naomi Ragen and Rabbi Adin Steinsaltz were, in my opinion, the most interesting among the roster of speakers.

The Rebbetzin dazzled the crowd, and her latest book, Life is a Test, sold numerous copies. We all know the Rebbetzin has a busy schedule including counseling, arranging shidduchim, speaking and writing columns and books and a putting together a weekly television program (carried to my dugout by National Jewish Television).

I already had the book, but being such a nice guy, I bought another copy just for the chance to catch a minute with the Rebbetzin and get a personalized inscription. (“Did you ever attend a major league baseball game?” was the question I wanted to ask the Rebbetzin when my turn came.)

While waiting, I noticed a lady named Barbara pounding away on the keys of a laptop and remembered that at the end of the Rebbetzin’s Sunday television program on the parsha of the week, the credits list Barbara Janov as executive producer.

I asked Barbara if her last name was Janov and she responded in the affirmative. I told her what I wanted to ask the Rebbetzin. “I can answer that,” Barbara said. “No, she never had the time to go to a game. I enjoy a good baseball game but can’t find the time to go to one, either.”

So I got my answer and when it came time to get my book signed, I introduced myself as a not-as-often fellow Jewish Press columnist. The Rebbetzin smiled and penned a beautiful inscription while we chatted for a minute and I gave her one of my books, Echoes of Detroit’s Jewish Communities: A History.

The evening was well worth it because I also found out how the Rebbetzin is able to maintain her whirlwind schedule. Barbara Janov is how. She’s one of those people who can do two things at once better than most people can do one task at a time. She accompanies the Rebbetzin on her journeys and keeps the hectic pace from becoming even more frenetic.

If major league teams found out about Barbara, she would be in big demand as a traveling secretary. These are the behind-the-scenes-executives who make sure the players get from place to place and the schedule is fulfilled.

Irwin Cohen, the author of seven books, headed a national baseball publication for five years before earning a World Series ring as a department head in a major league front office. His “Baseball Insider” column appears the second week of each month in the Jewish Press. Cohen, who is president of the Detroit area’s Agudah shul, may be reached in his dugout at irdav@sbcglobal.net 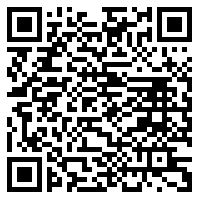