The Seagull on 16th Street

In Shakespeare’s A Midsummer Night’s Dream, a troupe of Athenian actors, “rude mechanicals” according to the sprite Puck, meets in the woods to rehearse “the most lamentable comedy, and most cruel death of Pyramus and Thisby.” Puck frustrates the efforts of Quince, Snug, Flute, Snout, and Starveling to practice when he turns Bottom into a donkey. “If he come not, then the play is marred: it goes not forward, doth it?” worries Flute, but in the end the play-within-a-play transpires on schedule, with all its absurd disclaimers designed not to frighten the court ladies.

The play-within-a-play in The Seagull on 16th Street presents a monologue from the Sabbath Queen, responding to the question, “What will life be like for the Jewish people in 200,000 years?” Like the Pyramus and Thisby production, the vision of Judaism projected 200 millennia into the future elicits a barrage of taunts from the audience. But the playwright of the latter, Konstantin Treplev (Alexander Strain), is so troubled by the play’s reception that he calls for a premature curtain, truncating the theatrical flop intended to launch a new Jewish theater.

The Theater J production takes a lot of risks. That statement is worth repeating. Ari Roth, Theater J’s artistic director, has essentially taken a play by a non-Jew, Chekhov, which had no Jewish content whatsoever (the closest things to religion are references to “sacred art,” “high-priests of art,” and battles with Satan, according to the translation I found on Project Gutenberg) and infused it with Jewish content, themes, and songs from the American rock band R.E.M. Where Chekhov refers to “antediluvians,” Theater J amends, “people from before Noah’s ark,” and Chekhov’s stagehand Jacob becomes Yakov in Roth’s script. When Treplev’s mother, the famous actress Irina Arkadina (Naomi Jacobson), denounces his art as “decadent rubbish,” Theater J renders it “Hebraic tripe,” and later when Chekhov has Treplev call his mother a “Miser!” to which she retaliates with “Rag-bag!” Theater J offers the following exchange:

Roth’s script also replaces the esoteric symbols in Treplev’s play with the Havdalah ceremony. All this Jewishness in Chekhov’s play has led to some reviewers, like Monica Shores of the influential blog DCist.com, to suggest that the play does not work with its new Jewish identity. Admitting that a Jewish Treplev is an “interesting idea,” Shores says the original play is so dense to begin with, that Theater J’s version “threatens to buckle under the weight of more conflict.” Indeed, Medvedenko (Mark Krawczyk) accuses Treplev in the play of “importing a Western European demographic and grafting it onto an Eastern European reality.”

I respectfully disagree. I think Chekhov reads quite well with Treplev announcing the play with a shofar, adding, “We’re beginning the way our ancient forefathers called their flock into battle. With our very own Call to Art! And Worship! To Introspection!” This is just the sort of thing one would expect of the young, tortured artist, who delights in translating the ritual for the benefit of those “who need their Hebrew rituals Anglicized:” “The Great Union/Division

Treplev’s play receives the same criticisms that Theater J seems to be receiving, and it is worth noting that audiences ridiculed Chekhov’s original Seagull production. Amidst Treplev’s Havdalah ceremony, his mother announces to her friends in the audience, “I don’t know about you, but I did not sign up to participate in some conversion rite.” Another character Polina (Nanna Ingvarsson) responds that Treplev’s play is not a conversion ceremony, but the opening of a Jewish theater company, which launches a debate on what such an enterprise might mean. The mother-son rivalry was an entry point, at least a half-serious one, for Roth’s Jewish interpretation of the script. “Treplev and Arkadina are a filial pair so competitive; so obsessed with each other’s actions; so in need of each other’s affirmation,” Roth writes in the program, “you can’t help but ask, ‘Ya sure Chekhov wasn’t Jewish?'”

Other Jewish subtexts surface in the new adaptation. Arkadina has a superstitious dread of burning three candles, according to Chekhov’s script, and the Jewish Treplev presents a play about the Havdalah candle, which contains three intertwined candles (and per Ecclesiastes 4:12, a threefold rope will not be quickly unwound), symbolic, Treplev says, of “the flame of man,” “the inferno of nature,” and “the spark of the divine.”

But Treplev’s interest in Judaism owes more to his love of the aspiring actress Nina (Veronica del Cerro) than to his own personal relationship with his G-d. It is not without significance that Treplev’s plays only deal in non-living characters. Treplev insists that his ideal (and idealized) theater has to do with more than “stardust and time travel.” It has to be “real,” and “more than anything, it must provoke. It must wake us up. To everything we’ve run away from. And to our fellow man, our country, our G-d. Yes, ‘G-d,’ why be ashamed? The theater should be a megaphone where we announce what we believe in full throttle.”

So when Nina falls for another man, the famous writer Trigorin (Jerry Whiddon), it is no surprise that Treplev loses his faith. In an effort to sacrifice a red heifer (parah adumah), Treplev ends up shooting a seagull, which he offers to Nina, and then he shoots himself, which he offers to any number of candidates: Nina, the audience, his art, his faith. But in his death, Treplev inspires Masha (Tessa Klein), who has already adopted the name Miriam, and she offers her own Havdalah memorializing him and the loss of his talent.

In the end, though, the play perhaps has more to say to modern-day critics who reject the prospect of a Jewish theater than it does to an adaptation of Arkadina. Theater J, whatever one thinks of its current production, is the realization of Treplev’s dream, and one of his rants about his mother (who mistakes Hebrew for Hindu, Swahili, Turkish, Urdu, and “gibberish”) might be worth the most important element of the play to hold on to: “A psychological wonder; that’s my mother But just try mentioning the Yiddish Theatre of Warsaw in her presence, or the Great Sarah Bernhardt! ‘You call that acting? That yenta?!’ No, we must praise ‘Her,’ and her tradition alone, which is really no tradition, just a bad translation of European hauteur, which is to say anti-Semitism cloaked in costume – which it generally is, by the way, be it the Cossacks, Crusaders, or the Grand Inquisitioners.”

The Shabbat Project and Echoes of Shabbat Candles Under the Inquisition 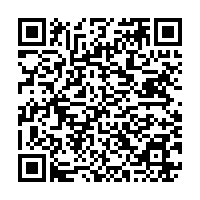