Throughout the ages, synagogues have housed some of the greatest examples of Jewish art, including the mosaic floors at Bet Alpha and the frescoes at Dura-Europos. Unfortunately, the fate of the works of art has been inextricably tied to their host, and much great Jewish art has perished along with the synagogues whose walls, floors, and ceilings it adorned. Not only have natural disasters and the decay process claimed many synagogues, but also many times, they have been targeted specifically by anti-Semites who sought to destroy Jewish culture and life. If the synagogues cannot help protect their art, perhaps Jewish art can save synagogues. At least that is the premise of Yona Verwer’s two protection amulets, which hung at the recent Jewish Art Salon show at the Stanton Street Synagogue.

Verwer, president of the salon, created the works to celebrate the religious freedoms of America and to serve as talismans, in the Kabbalistic tradition, to ward off evil. Protection Amulet Stanton Shul 1 contains a variety of symbols – a Hamsa, the Statue of Liberty, a menorah, two elephants, two lions, and a Star of David. The star derives from a stained glass window bearing the same motif at the Stanton Street Synagogue, which is particularly in need of salvation (whether by amulet or by human intervention), as the rare murals of the Zodiac signs in its sanctuary are fading quickly.

Art has often destroyed New York, particularly the Statue of Liberty, perhaps most famously in Planet of the Apes. “If you’re planning to depict an attack on New York City in a disaster film, you need to bring your A game,” wrote Tad Friend in The New Yorker in 2004, adding that N.Y.-based disaster films “inevitably” target the Statue of Liberty. Verwer reverses this trend and instead shows Liberty lighting a menorah.

The series reminds me of a project by Argentinean artist Dina Bursztyn called Gargoyles to Scare Developers. Bursztyn, whom I assisted for three years in an art immersion program through the Yeshiva University Museum’s education wing, drew from traditions of mythology to protect Manhattan neighborhoods. “Amazingly ugly, and thus also pretty scary to nondevelopers like me, these gawky masks belong to a long tradition of totemic objects used to ward off intruders,” wrote Benjamin Genocchio in a New York Times review in 2004. “Redolent with magic and mystery, they appeal to higher powers.” Verwer’s amulets do not try to frighten through ugliness, but they also use a tradition of magic and mystery for their activism.

Robert Kirschbaum’s Akeida #54 also draws from a Kabbalistic tradition, but in a very different sort of way. Kirschbaum, a professor of fine arts at Trinity College in Hartford, Conn., focuses on the Jewish sense of space – specifically sacred space – in his work on the binding of Isaac. Akeida is a black-and-white print, which shows ten tic-tac-toe-like motifs, arranged in the configuration of the Sephirot. “Aware of our dispersion, I have found a need to contain my sense of the sacred center, and to carry a sacred space within the precincts of my imagination,” he says, adding that his art seeks “to reconcile the existence of tangible sanctified architectural elements in the home and in the synagogue with the broader significance of the Temple, its destruction and its mythic re-creation.”

In Mount Moriah, Kirschbaum notes, Jewish commentators have identified not only the Temple mount, but also a “trans-historical” location of sacrifices by Adam, Noah, and Abraham. Akeida blends several elements together to explore this space with multiple historical significances – Kabbalistic symbols, study of tectonics (structure) of Hebrew letters, and grids (which have been central in modern art). The precision of the geometric elements in the foreground seems to dissolve at some points into a more foggy background, which simultaneously evokes a ram’s head (the sacrifice that replaced Isaac?) and an angel beating its wings. The overall feel of the work reminds me of some of the Kabbalistic works of German artist Anselm Kiefer, but where Kiefer’s brushstrokes tend to be violent Expressionist ones, Kirschbaum balances the chaos with the geometric order.

If there is a bit of Kiefer’s flavor in Akeida, there is an overwhelming reference in David Friedman’s The Self Interpreting Bible. The title of the work derives from 18th century Scottish writer John Brown, whose Self Interpreting Bible was designed to aid non-scholars.  Friedman has provided his own interpretation of the bible, which from the looks of it involves stapling (some crosses) and carving out a person-shaped blood-red gash. Visiting this kind of injury to the codex was one of Kiefer’s major projects, which involved constructing not just lead books, but entire shelves of lead books.

Where Kiefer’s manipulation of the book might carry Holocaust or book-burning references in its inaccessibility and illegibility, Friedman’s book is changed for postmodern reasons. “While traditional Jewish texts such as the Talmud are rarely illustrated, these manuscripts often open with a printed image of a gate on the title page,” he says. “Much of my work is about being inside and outside of those gates, exploring the divided self and the state of being in-between; aspects of identity, time, memory, belief – between G-d and the gutter. To curse and bless at once.” Like Mark Podwal’s Sefer, which also hung in the show and presents an M.C. Escher-like optical illusion in which people walk through gate on a title page of a book, Friedman portrays a vision of Jewish books that transcends the physicality of the spine and the pages.

This kind of topsy-turvy approach also surfaces in Joel Silverstein’s Hail (A Plague of Butterflies). Where Exodus speaks of terrifying hail, which had “fire circumscribed within the hail” (Ex. 9: 24), Silverstein shows a purple, yellow, and orange landscape with a plague not of hail but of Monarch butterflies. In composing the piece, Silverstein was drawn to a photograph of the butterflies that he saw in National Geographic. Richard McBee reminded me of references to magical yellow moths in Gabriel García Márquez’s One Hundred Years of Solitude, and in re-reading the book I found that the yellow moths indeed do present a plague of sorts. Either way, butterflies do not seem to be biblical (though there are several references to moths eating garments in Isaiah and Job), and they certainly did not rain down upon Egypt. Yet, Silverstein found a Midrash that says that the plague of Hail became a “flutter of colorful wings,” so why not butterflies? In this move, Silverstein is approaching the biblical text not just as a painter, but also as a biblical commentator.

In my previous column, I cited what I see as feminist trends in contemporary Jewish art, which surfaced in the Stanton Street Synagogue show. The four artists featured in this column have quite different approaches to very divergent subject material. But what seems to tie them together is their willingness to experiment with collage. Though a lot of deep thinking and careful techniques clearly informed the works, there is also a great playfulness in butterfly plagues and in amulets bearing American symbols to protect synagogues. 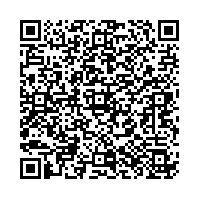