To encounter God is an elemental quest of mankind. And yet, for Jews, it is paradoxically impossible and immediate. In any physical sense we know that “no human can see My face and live” (Exodus 33:20) even as we stand before our God three times daily in our prayers. Arnold Schoenberg’s three-act unfinished 1932 opera, Moses and Aron, grapples with the central paradox that the Jewish artist must inevitably confront, namely the ineffable presence of God. Behind every narrative and at the foundation of all Jewish belief lies the presence that cannot be depicted or known, and thereby cannot be communicated.

For the artist/composer, how does one represent, as at the beginning of the opera, Moses declares, “Only one, infiniteomnipresent one, unperceived and un-representable God!”? Schoenberg’s answer is to “find” God in the Biblical narrative that His and Moses’ absence creates.

Daniel David Feinsmith, a experimental classical composer, locates the Divine at the very source of power, His Name in Creation. The result of his quest is as brilliant musically as it is deeply troubling, in a spiritual sense. We can all hear the results at the New York Concert Debut of the Feinsmith Quartet Saturday night, January 19, at Merkin Concert Hall.

Daniel David Feinsmith, the product of a long line of composers, performers and writers, has steeped himself in Western and Eastern classical traditions, composing works for concert soloists and ensembles. He has studied with the minimalist / Indian music master Terry Riley and Pulitzer Prize winner classicist John Corigliano. Feinsmith has composed for many different venues including the brilliantly eclectic Kronos Quartet, the highly esteemed classical Alexander String Quartet and the prestigious Yaddo Artists Residency in Saratoga Spring, New York.

Feinsmith’s major compositions are overwhelmingly concerned with Judaic content. I first encountered his works in an unpublished CD of 11 Biblical compositions created between 2001 and 2004. They included the dramatic and moody musical fragments Solomon, Baruch, Leviathan, none longer than six and a half minutes. Feinsmith’s evocative string movements wax poetic in contrast with plucked counter rhythms searched out on a cello and string quartet. Some of the faster string sections (especially #5) the tempo propels the piece forward suggesting a frantic but purposeful dance, while in others the use of voices backed by soaring strings produces an elegiac tone poem. In Miriam he utilizes a female voice (who ponders her fate in the barren desert) as a foil to stark piano riffs in an attempt to penetrate the inner narrative of his subject.

It turns out that Feinsmith has produced full blown works on all these themes and more including: David, String Quartet #2, 2002, 5′, based on artwork by Marc Chagall, Rembrandt and Michelangelo; Aaron, Piano, violin, cello and percussion, 2003, 12.5′, based on Vayikra; Miriam, for soprano and piano, 2003, 10′, based on Feinsmith poetry about Miriam; Leviathan, solo piano, 2002, 15′, based on Psalm 104; Baruch, for soprano, violin, viola, cello, 2003, 6.5′ based on Catherine Pozzi’s poem on praise; Solomon, string quartet, 2002, 15′, recorded by the Alexander Quartet, and finally Hashem, string quartet and handbell ensemble, 2004, 25′, premiered by the Kronos Quartet. It is clear that Daniel Feinsmith is a major voice in emerging radical Jewish classical music.

Elokim (2006-2007) concentrates on eight of the ten verbs that God uses to create the world in Genesis, namely; Name, Create, Place, See, Form, Divide, Bless and Say. Feinsmith considers these verbs, also reflected in the ten sefriot, as abstractions independent of their order in the text and feels free to move them around, free for interpretation. The ability of his musical compositions to evoke textually specific emotions and concepts is uncanny.

His method is to start with the Hebrew text, the specific word, and then use it, especially its gematria, as a kind of mantra that serves as a vessel into which the composer pours his musical ideas. This method starts from the relatively concrete nature of language and slowly transcends through the abstraction of numbers into the ethereal realm of sound.

The section named Form is a guitar solo that causes us to ponder exactly how things are made as the guitar picks specifically each note thereby forming each entity of creation, demanding exactitude and precision. In both a musical and conceptual contrast the section named Divide is effectively a duel between the guitar and cello, one voice astringent in contrast to the mellow but insistent cello. To divide can only mean contrast, and yet in Feinsmith’s expression of Divine methodology, preserving the relationship based on difference is paramount and is musically expressed in the guitar picking and the cello bowing, dividing the music to form a unity.

Blessing is performed by the trio of piano, guitar and cello and begins as a discordant struggle expressing the notion that the basis of all blessings is the chaos out of which a beracha arises. A blessing brings unity where none existed. The piano emerges, trying to unify with a simple few notes repeated over and over again, so its partners can hear the reason. Suddenly the cello tries to assert its own unity, only to falter before the piano unifies all three instruments. The jazz inspired syncopation rolls more and more towards a unity found in the blessing of one final long chord sounded together.

Feinsmith’s choice of musical form frees him from any kind of literalism, allowing music to penetrate the Divine Process. The composer works within the concept of the Equivalence of Form that he says:

“By knowing what actions Elokim has taken in the creation of our world, we too can take those actions in the creation of our musical worlds in order to attain equivalence of form to Him, and thereby increase our closeness to Him. This is the critically important subject at hand: How can we attain closeness and binding to our Creator? The answer is through equivalence of form, which is precisely similar to the concept and reality of harmony, of sympathetic vibration of strings and other akin phenomena. By binding ourselves to our creator in this way, our hearts can become purified and our egos can be destroyed in the heat of His immanent spiritual light.”

As a composer and observant Jew, Feinsmith feels that his actions and music must resonate with the Divine. “This is why I compose music, to get close to His form,” he says. And so, after a close listening, concentrating on both the music and its source in sacred text, one can detect that he is able to “represent” something Divine. But can it be true-can the chasm between Man and God be bridged? Surely we know a visual representation is an impossibility. So too, our mundane words fail us, with only the Rambam’s negative formulation, a remote echo of Holy reality. But music, ephemeral in its very nature itself and yet deeply rooted in our emotional and spiritual being, might be a possibility. What is clear is that Feinsmith is on a very fruitful quest to bring Hashem a bit closer to all of us.

Richard McBee is a painter and writer on Jewish Art. Please feel free to contact him with comments at rmcbee@nyc.rr.com
Advertisement 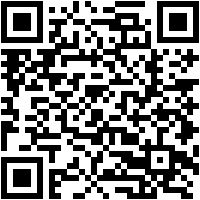