A Selection of Photographs and Letters

The National Museum of Women in the Arts

In a 1972 study, Stanley Milgram found that “familiar strangers” who share a repeated experience (like riding the same bus every day) are likelier to communicate when cast into an unfamiliar setting, than are two strangers with no such shared experience. Apparently, Milgram found, strangers recognize some form of “real” relationship in chance encounters, in which they do not communicate or even know each other’s name. Perhaps Jews who seek to claim celebrities like Chagall hope to share a similarly “familiar” religious experience with him. Many artists who are claimed as Jewish do not identify as such, like non-Jewish painters Paul Klee and Max Ernst, whom the Nazis denounced as Jewish “degenerate” artists. Indeed Chagall painted not only shtetl scenes, but also crucifixions, and many historians consider Chagall a Christian artist, as Rowena Loverance of the British Museum argues in “Christian Art” (Harvard UP, 2007).

Klee and Ernst would have preferred that Hitler not identify them as Jews, but Mexican-born painter Frida Kahlo (1907-1954) happily celebrated her “perceived” Jewish lineage, at least in the narrative of the show “Frida Kahlo: Public Image, Private Life” at the National Museum of Women in the Arts in Washington, DC. According to the exhibit wall text, Kahlo, who was the third of four daughters born to “a German Hungarian-Jewish father and a mother of Spanish and Mexican Indian descent,” strongly identified with native Mexican traditions, though her public identity and personal reality were complex and multifaceted. “She was equally proud of her father’s German Hungarian-Jewish heritage, spoke perfect English, studied German, and was well acquainted with European intellectual currents,” the text claims. “Frida Kahlo’s identity, public and private, was a unique synthesis of influences, a simultaneous powerhouse of radical politics and traditional aesthetics.”

Frida Kahlo. Self-Portrait Dedicated to Leon Trotsky, 1937. Oil on Masonite 30 × 24 in. National Museum of Women in the Arts.

“I believe, without a doubt, that Frida Kahlo was a Jewish artist,” said Jason Stieber, archivist at the NMWA, through e-mail. But Stieber said other aspects of Kahlo’s identity played much greater roles in her life and work. “Frida was many things … and she embraced wholeheartedly everything that she was,” he said, noting that Frida “was proud of this lineage” and greatly delighted in “wheedling anti-Semites in America,” such as her famous inquiry put forth to Henry Ford of whether he was Jewish. Although she was an atheist, “she abhorred the Catholic religiosity of her mother,” and she “did embrace her Jewish ethnicity, if not the tenets of Judaic faith.”

“So yes, Frida was a Jewish artist,” Strieber continued, “however, I think she would have been more likely to refer to herself as a Mexican artist. Mexico held a very special place in heart and in her art.”

But Gaby Franger’s and Rainer Huhle’s new book Frida’s Father: The Photographer Wilhelm Kahlo (Schirmer, 2005) reveals that Wilhelm Kahlo was in fact German Protestant rather than Hungarian-Jewish. In “Frida Kahlo’s father wasn’t Jewish after all,” an article in the Jerusalem Post (4/20/06), Meir Ronnen observed, “Frida herself was probably the source of the claims to her Jewish connection.” Ronnen speculates that Frida’s identification with Judaism was an effort in distancing herself from the Nazis. “My guess is that German connections during the Nazi era were an embarrassment to her,” he wrote.

Gannit Ankori, chair of the art history department at Hebrew University of Jerusalem and curator of the Jewish Museum’s 2003 show, “Frida Kahlo’s Intimate Family Picture,” also cited the position, that Kahlo sought to distance herself from the Nazis based upon the fact that testimony about Wilhelm Kahlo’s Jewish background surfaced most frequently between 1936 and the 1940s. But she said over email, “I think in light of the new findings, these issues require further investigation. What is of great interest to me is not Wilhelm Kahlo’s ‘real’ religion, but Frida Kahlo’s construction of her self-image” insofar as it “impacted Kahlo’s self-image as manifested in her art.”

In a press release to Ankori’s show, the Jewish Museum promised to reveal important aspects of Kahlo’s “hybrid and multicultural identity, as the daughter of a European Jew and a Mexican Catholic mestiza (a woman of mixed European and Mexican Indian descent).” It also quoted Ankori, “Kahlo was interested in her Jewish roots and viewed them as part of her ‘genealogical identity.'”

Ankori, who has not read the Franger and Huhle book (it is in German), readily admitted Frida was not Jewish. “Frida Kahlo was certainly not Jewish since Judaism is a matrilineal religion and her mother was a Catholic mestiza,” she said. “Moreover, as is well known, Frida was raised as a Catholic, later became a communist and an atheist, finally – towards the end of her days (as her diary indicates) she espoused oriental beliefs.” Ankori added that Kahlo testified “many times” about her Jewish identity, “stressing that her paternal grandparents, Henriette Kaufmann and Jakob Kahlo, were Jews from the city of Arad.” Further, many people who knew Frida and Wilhelm, such as Frida’s biographer, Hayden Herrera, and Frida’s husband Diego Rivera’s biographer, Bertram Wolfe, personally repeated this fact, Ankori said.

To Ankori, the question is whether Henriette Kaufmann was Jewish, since her Jewishness would make Wilhelm Jewish “according to both Jewish Halakha and Nazi laws.” If instead Wilhelm was a German Lutheran (Ankori says Lutheran, while Ronnen wrote Protestant), “why would Frida Kahlo ‘create’ a Hungarian Jewish genealogy for him and for herself?” Ankori wondered.

In her column “Draft Picks” at Nextbook.org  (5/18/06), Robin Cembalest, executive editor at ARTnews magazine, wrote of the claim that denies Wilhelm Kahlo’s Jewishness, “The revelation, if true, throws an awkward shadow on the multiplicity of efforts to tease out the Jewish identity of the multiply hyphenated artist, who famously got a kick out of asking Henry Ford if he was Jewish.” In her article, Cembalest cited the Jewish Museum’s show, which centered upon Kahlo’s 1936 painting, “My Grandparents, My Parents, and I (Family Tree)” and a book from Kahlo’s library on the Inquisition’s torture of Mexican Jews. Over email, Cembalest said she interviewed Franger and Huhle, and they said no one had contacted them to contradict their book.

“In my world the process of defining Jewish art, or what is Jewish in art, is both parlor game and intellectual exercise,” Cembalest wrote. “Either way, clearly it reveals as much about who is doing the assessing as it does about the figures we are claiming for our team.”

Stieber of the NMWA phrased it a bit differently. “Sharing a common trait with someone of greatness brings us a step closer to that greatness. Jews can say with great pride that, as a people, they have produced some of the world’s greatest artists, scientists, musicians, and so forth. Cultural, racial, and religious pride contributes to cultural, racial, and religious cohesion.

“To that extent, it is important to account for an artist’s religious/ethnic identity when examining his or her work,” he added. “Artists work within a constellation of influences, and it is one of the jobs of the art historian to discover what those influences are or were. More often than not, religious and ethnic identities are the most powerful influences in an artist’s life and work.”

Menachem Wecker is a painter, writer and editor based in Washington, D.C. He welcomes comments at mwecker@gmail.com.
Advertisement 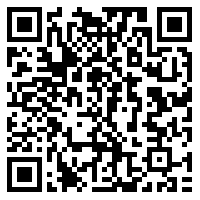